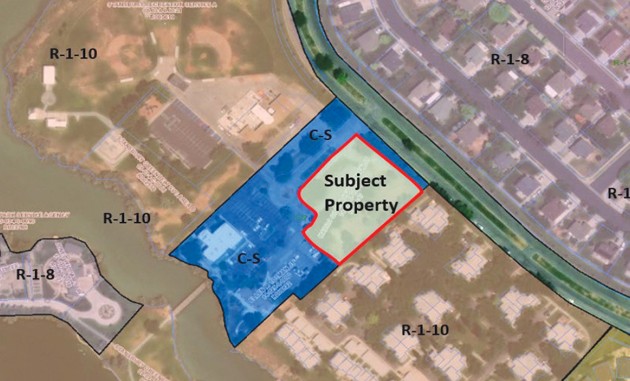 The Tooele County Planning Commission looked at a request for more townhomes in Stansbury Park during their meeting on Wednesday night.

Derald Anderson, Tooele County resident, submitted a request to rezone 1.09 acres in the southwest corner of the Millpond Plaza from commercial shopping to multiple residential with a maximum of 15 dwelling units per acre.

Ultimately after holding a public hearing and also hearing from Anderson and the current property owner, the planning commission decided to table voting on the request until their March 17 meeting.

“I think you’re headed in the right direction,” said Scott Jacobs, planning commission chairman. “But planning staff needs time to do some research on the property including previous zoning and the creation of a P.U.D. (planned unit development).”

Anderson told the planning commission that the plaza area is not a viable commercial area.

“This piece of property has been held as commercial for well over two decades and never had anything built on it,” Anderson said. “It’s been for sale for a number of years with nothing being done with the property. We really feel the commercial area of Stansbury has moved away from this location out to more appropriate locations.”

There are 70 acres of commercial property in the Stansbury area with 40 acres of that currently developed, according to Anderson.

Margo Huddleston, owner of the property, told the planning commission she had owned the property for 14 years. Huddleston said she has been unsuccessful at selling the property with the commercial zoning.

Scott Totman, owner of the Millpond Spa, spoke in opposition to the rezone during the public hearing.

“This PUD was established before Stansbury Park was developed,” he said. “It is where lots were sold. It is a historic site for Stansbury.”

As property and business owner in the plaza, Totman said he sees no benefit to the community townhomes in the plaza.

The planning commission voted unanimously to table Anderson’s request until their March 17 meeting.

“We don’t want to pass something on to the County Council until all the questions have been answered,” Jacobs said.