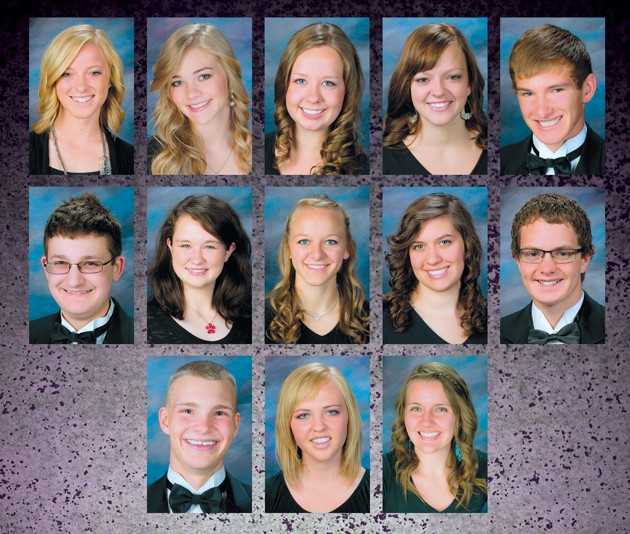 The Sterling Scholar Awards are sponsored by the Deseret News and KSL 5 Television. The program publicly recognizes high school seniors from 68 high schools along the Wasatch Front in 13 different categories for outstanding academics, stellar leadership, exemplary citizenship and exceptional service to school and community. Every Sterling Scholar must complete a portfolio documenting their academic achievements, leadership and service.

With the growth in the number of high schools participating in the competition, a new level of judging was instituted this year for the first time. In the first round, students were judged solely on the basis of their portfolios. Next, they were personally interviewed at the semi-final competition by a panel of three judges who are experts in the various categories.

Finally, 15 finalists in each category were selected to move on in the competition. The finalists again competed with their portfolios and another interview with three new judges. A winner and two runners-up in each category were announced at the Sterling Scholar Award ceremony, which was held at Cottonwood High School in March.

Alyssa Banks performed in the Stadium of Fire, choreographed and taught the 2011 promenade to the junior class, was the Sha-Ronn dance team historian and is the 2013 drill mistress. When she was 11 years old, she began learning ballet on pointe. Banks also created and taught a dance camp for elementary students. In 2012, she was the Tooele County Dairy Princess, and participated in a family event sponsored by Radio Disney promoting health and wellness. She is a certified Red Cross lifeguard. Banks is also student body secretary and was the junior class president and a class officer both sophomore and freshman years. Banks is a member of the National Honors Society and will graduate with honors before attending Brigham Young University to study sports nutrition.

Taylor Bennett is a three-year member and current president of the Family, Career and Community Leaders of America club. She has excelled in multiple aspects of the discipline of family and consumer sciences, including courses like child development, clothing II, interior design, business management, foods I and II, floriculture/greenhouse management, designer sewing, accounting I and II and cosmetology. Additionally, she is taking pre-calculus, physics and AP English. Bennett is currently working to earn her cosmetology license and plans to study accounting and business management before opening her own salon.

McKinley Benson has performed in the THS drama department productions and competition pieces of “Damn Yankees,” “The Little Foxes,” “How to Succeed in Business Without Really Trying,” “The Fantastics!,” “The Day the Music Died,” “Chess,” “South Pacific,” “West Side Story” and “Kiss Me Kate.” She also performed in the LaForge Encore Theatre Company’s production of “Joseph and the Amazing Technicolor Dream Coat.” Benson is president of the Drama Club, having previously held the positions of publicist and historian. She is also president of the NHS and is a member of the Mathematics, Engineering and Science Achievement club. She is also a member of the Tooele Sign Pride, a group that performs a concert in American Sign Language each year. Benson will be graduating with honors and then plans to study English literature and theater at Snow College.

Briana Boulton won first place in the THS and Tooele County School District science fairs in 2012. She experimented on the relationship between magnetic field strength and the temperature of the magnet. This project went to the Salt Lake Valley Science and Engineering Fair at the University of Utah where the judges made suggestions on ways to improve the experiment. This experience fueled her interest in a career in science. She earned a score of “5” in the AP psychology test and has taken or is currently enrolled in AP calculus, AP US history/government, AP statistics and AP physics. Additionally, Boulton is taking several concurrent enrollment classes, including introduction to sports medicine, English and political science. Boulton is THS’s 2013 valedictorian, is a member of the NHS and will graduate with honors. She plans to study biomedical engineering at Utah State University.

Kyle Fletcher has challenged the academic possibilities by taking seven AP classes, including calculus, physics, statistics, psychology, US history, world history and English literature, in addition to several concurrent enrollment classes. Fletcher is also involved in school government as vice-president of the student body organization, specifically charged with the inter-organization committee. He holds membership and leadership positions in several school clubs such as NHS, Future Business Leaders of America, Tooele Valley Interact, and MESA. Fletcher has been a member of the football and track and field teams for four years. He is graduating with honors and will attend the University of Utah to study mechanical engineering.

Logan Lang is a member of the Utah Teenage Republicans. During the last campaign cycle, he served as the official timekeeper at a TARS sponsored debate for the 4th Congressional District and attended an education conference sponsored by Rep. Rob Bishop, which discussed the role of government and the application of the policy making process to real-life scenarios. He also volunteered at a Mitt Romney call center. Lang earned a score of “5” on the AP psychology test and a score of “4” on the AP US government and politics test while also earning a score of “2” on the AP calculus test and taking AP English literature. This year he is also taking AP world history, AP statistics and AP physics. Lang is the Debate Team president and the policy debate captain. He has earned the title “Best Attorney” multiple times at mock trail events sponsored by the Utah Law Related Education. Lang is planning to attend the University of Utah to earn a bachelor’s degree in physics before pursuing a career in law.

Harmony Legge is the editor-in-chief for the school newspaper, the Buffalog. She previously held the positions of news editor and features editor. She has published pieces in THS’s literary magazine and wrote as an independent contractor for a company that designs websites. Legge is currently taking AP English literature, AP calculus and AP psychology. She previously took AP US history. She was a member of the advanced orchestra and the chamber strings, where she earned a superior rating at the state competition. Legge plans to attend BYU before continuing her graduate studies in cognitive neuroscience.

Darby Manchester has been involved in the arts for many years. She has taken drawing, film photography, pottery and oil painting as well as several dance classes. She sings alto in the advanced choir and has participated in THS productions such as “How to Succeed in Business Without Really Trying” as a dancer and chorister and “Kiss Me Kate,” where she played Hattie. Manchester has taken AP US history and is currently taking AP psychology and AP calculus. Her participation is also evident on the THS basketball and softball teams. Manchester is planning to attend BYU where she will prepare to go to medical school.

Madeline Miller progressed through the semi-finalist competition into the finalist round in the state competition. She is planning to take the AP French test. She spent 45 minutes a week over the course of a year teaching French to the second and third grade students at St. Marguerite Catholic School. Miller is the president of the French club. Previously, she was the vice-president and has held other positions in the club. The French Club participates in the BYU Language Fair and a French dinner hosted at La Caille in which the students spend the evening only speaking French. Additionally, she is the vice-president of the NHS and president of the Z-Motion dance team, in which she also lettered. Miller is a member of MESA, the drama club and the show choir. She is planning on studying psychology at the University of Utah in the fall.

Tynan Peacock is certified in A+ Computer Upgrade and Repair, has built a computer from scratch, and can read and write HTML in web page design. He is currently learning Java. As a member of FBLA, Peacock earned first place in networking at the region competition. He is also a three-year member of AOIT. Tynan is also the German club president and also knows ASL. At the BYU Language Fair, he earned a “1” for singing a solo in German. Peacock will graduate with honors and is planning to attend BYU to study technology management.

McKae Searle is employed by Chad Hymas Communications as the executive assistant to Chad Hymas. She is responsible for compiling a 30-hour presentation to spread his message throughout the world. Additionally, she called individual clients, set up conference calls, managed scheduling and created manuals for the seminars. Searle is a member of the FBLA and the editor-in-chief of the yearbook. She is also a member of the NHS, Interact Club of Tooele and the Herd Club. Additionally, she is a captain of the basketball team and will participate on the track team this spring. Searle has earned a score of “4” on the AP psychology test, a score of “2” on the AP US history test, and is planning on taking the AP English literature test this spring. After Searle graduates with honors, she plans to attend BYU and study business.

Andrew Swan plays multiple instruments, including the piano for 12 years, trumpet for nine years, guitar for five years, and French horn for four years. He has also sung high soprano for six years and baritone/bass and tenor for six years. He is currently the THS band vice- president, THS show choir vice- president, trumpet section leader and the baritone/bass vocal section leader. Swan began performing in musical theater at six months, but didn’t start singing until he was 4 years old. He performed in the THS productions of “South Pacific” as Emile de Becque and in “West Side Story” as Tony. Swan plans to attend Dixie State University where he will pursue a degree in music education.

Sierra Whipple-Padgen has taken multiple classes to learn drafting, including CAD drafting tech, computer tech, mechanical drafting and architectural design I and II. Through Salt Lake Community College, she’s also taken technical drafting I and CAD. In Skills USA, she competed in architectural drafting at state. The competition required her to design a dentist’s office according to a specific list of requirements. Another competition required her to design a pinewood derby-style car, but it too came with a list of requirements. Whipple-Padgen is involved in soccer, softball and wrestling in addition to student government, being elected as student body officer for publicity this year. Whipple-Padgen will be attending the University of Utah to study architecture.