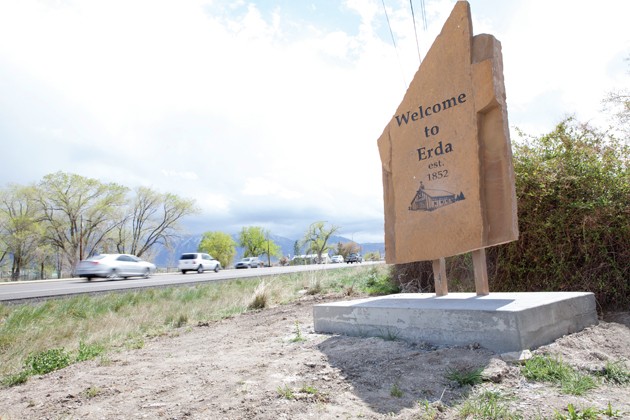 It was close, but 51.6% of the voters in the proposed Erda City approved incorporation in the 2020 general election.

But a complaint filed in 3rd District Court may end or delay the incorporation.

Without the inclusion of Six Mile Ranch’s 6,500 acres, the proposed Erda City incorporation area would not be ineligible for incorporation under Utah law, according to the complaint.

The complaint asks the 3rd District Court to invalidate the 2020 election outcome supporting the incorporation of Erda.

Meanwhile, Erda incorporation sponsors moved forward to prepare for city council elections in the fall of 2021.

Sponsors of the incorporate Erda movement say the effort to incorporate Erda began back in 2015 with a licensed surveyor who was paid to create a map and legal description of the proposed City of Erda.

The theme of self-determination and protecting Erda’s rural nature was often repeated during the incorporation process.

In reference to a comparison with the incorporated town of Rush Valley, IncorporateERDA posted the following on their Facebook page: “Tooele County Commissioners have no authority over their (Rush Valley’s) zoning, nor will the new Tooele County Council members, which in the case of Erda, will likely be dominated and represented by residents from Tooele City or Stansbury Park.”

In 2019 a feasibility study for the incorporation of Erda was initiated by a group of Erda residents, in compliance with procedures in state code for incorporating a new municipality.

Zions Public Finance Inc., was contracted by the Lieutenant Governor’s Office to complete the feasibility study.

The study was released in February 2020.

The feasibility study covered information about what the tax impact would be to residents of the new city, an estimate of what the budget for the new city would look like, and the impact of incorporating Erda on Tooele County’s budget, according to Susie Becker, vice president Zions Public Finance.

The report’s executive summary read, “Incorporation is feasible and would not place an additional tax burden on property owners in the proposed incorporation area.”

Erda City, as initially proposed, would have an initial population of 2,927 persons with  29 businesses located within the city’s 43.27 square miles, according to the study.

“The study shows that if incorporated we may reduce our taxes and be able to uphold our ideals we have as a rural community,” said Kalem Sessions one of incorporation sponsors.

Following the last public meeting on March 30, incorporation sponsors began collecting signatures on petitions to put incorporation of Erda on the Nov. 2020 ballot.

By July, the incorporation petitions were certified by the Office of the Lieutenant Governor and the election date set for Nov. 3, 2020.

Incorporation of Erda passed with a 51.6% vote. At the same time voters voted on incorporation, they also voted on a form of government and if city council members should be elected by district.

The voters selected a five-member council form of government with city council members elected by district, if the incorporation sponsors prevail in court.

Elections will be held in November 2021.