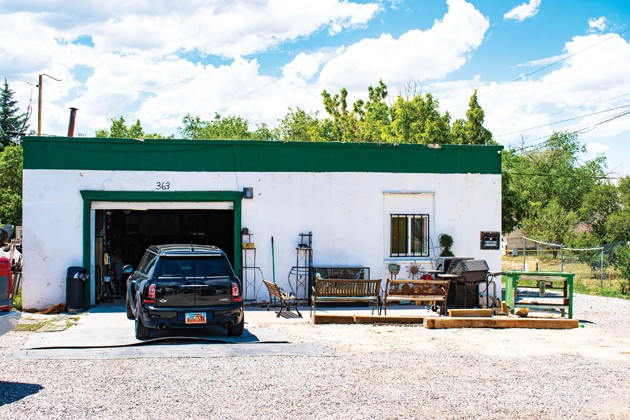 In what appeared to be a robbery gone bad, one person was left dead in a small residence on Garden Street in Tooele City.

Tooele City police officers were dispatched to the area of Utah Avenue and Main Street, on June 1, 2020 at 1:40 a.m.

Officers quickly responded to the call, but did not find anything. They cleared the call after searching the area, according to Jeremy Hansen, public information officer at the Tooele City Police Department.

The next day at 4:20 p.m., Tooele City officers were dispatched to the area of 152 East and 870 North for a psychiatric patient assist.

There they found Austin Strehle, 23.  Strehle told officers that he had been involved in a possible homicide by stabbing/shooting.

Police went to the location that Strehle identified as the crime scene, which was a location on Garden Street, but no dead body was found.

After gaining more information about the case, local police found a body in Delle near mile marker 70 on Interstate 80. The body was identified as Devin Perryman, 24, a missing West Valley man.

Tooele City police said they believe Perryman and Strehle went to 363 N. Garden Street to commit a robbery. Gunshots were fired, which resulted in Perryman’s death.

Strehle was transported to Mountain West Medical Center for a psychiatric evaluation.

While at the hospital, the young man told a doctor that his friend had “hit him up” to do some “licks,” which he said were robberies.

Strehle stated that he and Perryman, decided to rob a known meth house in Tooele.

He also stated that he did not want anyone to get hurt, but he wanted money.

When Strehle and Perryman arrived at the house on Garden Street, they went in and gun shots were exchanged.

As a result of the robbery, Perryman was killed after which Strehle called police and told them that shots were fired northeast of Utah Avenue, but did not give dispatchers the exact location.

Later investigation by officers proved that the call came in at 2 a.m. on June 1 and that Strehle was reported to have been driving a Toyota Camry during the incident.

Tooele City police said that they believed that Brandon Burr, 38, who resided in the home where the robbery occurred and one other individual, transported the body of Perryman to Delle, where they dumped it.

Burr was later charged in the 3rd District Court with obstructing justice, a second degree felony, and abuse or desecration of a dead human body, a 3rd degree felony.

Strehle was not charged with murder, as Perryman was a party to the offense, according to Searle

“As the decedent was a party to the offense of aggravated burglary and aggravated robbery, his death can not be the death from which a felony-murder charge can be brought,” said Searle.