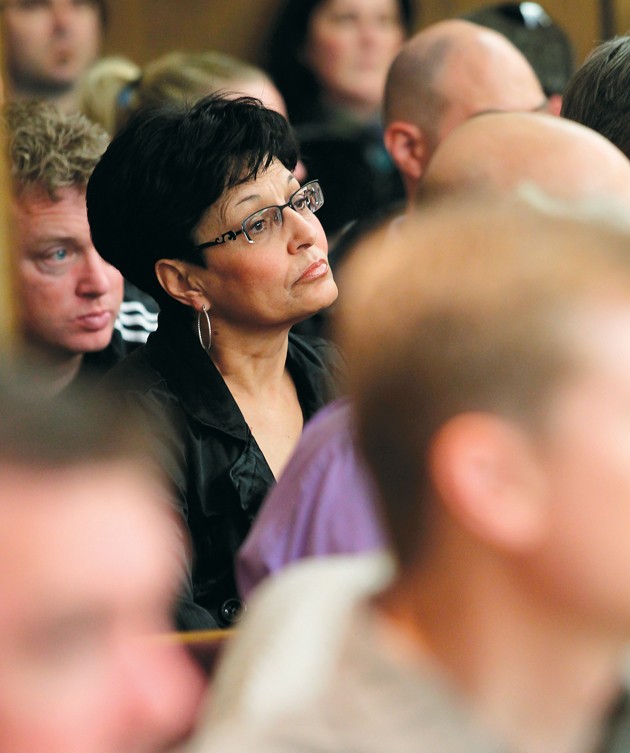 County may have to borrow money for expenses ♦

During closing months of 2012, commissioners made worker cuts and restructured departments that resulted in 50 laid off employees and another 28 with reduced hours.

This time it’s employees from parks and recreation, including Deseret Peak Complex, and building maintenance. They were summoned to a meeting Tuesday afternoon in the Tooele County Emergency Operations Center where the commissioners told them that March 9 — except for two department heads — would be their last day.

A total of 29 workers are affected. Of that number, 27 are full-time and two are part-time. After March 9, the county’s employee count will be approximately 323.

“Sequestration, declining federal payment in lieu of taxes, and continuing lower than average mitigation fees, along with cash flow problems, made these cuts necessary,” said Tooele County Commissioner Jerry Hurst. “We shared with the employees our financial condition and thanked them for their years of dedicated service.”

Dal Shields, building maintenance director, and Mark McKendrick, parks and recreation director, have been charged by the commissioners to develop a plan to merge their departments into one that will manage county facilities with the minimum expense possible. They have 30 days to complete their task.

“It is not our intention to completely close down all the facilities,” said Tooele County Commissioner Shawn Milne. “They may reopen, but somebody else might be running them and fees may increase.”

Contracting for services, privatization, and using volunteers are among the options that will be explored, according to Milne.

“It is possible that after 30 days some of the staff may be brought back or hired by contractors,” said Hurst. “We really won’t know until after 30 days what the new department will look like.”

The commissioners did not give Shields and McKendrick a financial target for their new budget.

“We only instructed them to make the budget for as little as possible,” said Milne.

Both parks and recreation, and building maintenance, were targeted for cuts because they are not considered essential core services, according to Milne.

“We have to look at services that we are not mandated by state law to provide when setting priorities,” he said. “We are not required to provide recreation.”

The commissioner pointed out that county residents have been receiving services above the average for residents in other Utah counties.

Commissioners are not sure how much this latest round of department restructuring will save the county.

Salaries and other expenses associated with the 29 laid off employees will eliminate $600,000 in expenses over the next nine months, commissioners say.

However, the actual savings will depend on the costs associated with the facilities plan developed by Shields and McKendrick.

“We anticipate the savings will be less than $600,000 because we will have some expenses associated with contracts for work or people that may be hired back,” said Hurst.

The restructuring is driven not only by forecasted drops in revenue and a desire to minimize a projected 82 percent county tax increase for 2013. According to Milne, the county wants to avoid borrowing money for cash flow.

While the county’s 2013 general fund budget is based on $20.2 million in revenue, that revenue doesn’t make it into county coffers in 12 equal monthly payments.

The $4.5 million in property tax revenue, including the proposed tax increase, won’t be collected until November. Property taxes account for almost one fourth of the county’s total general fund revenue.

Payment in Lieu of Taxes, or PILT, is budgeted to bring in $2.1 million to the county’s general fund or 10.3 percent of general fund revenue.

PILT is money the federal government pays to the county to compensate for owning 82 percent of county land. That land is not subject to property tax. Another $947,000 in PILT money is slated to go to the municipal services fund budget in 2013. PILT money will not be received until July. In 2011, PILT money paid to Tooele County totalled 87 cents per acre for all the federal land in the county.

The uneven income was not a problem in past years when the county had up to $15 million in its fund balance. But now that the fund balance is expected to drop to around $2 million this year, the county faces the possibility of not having enough money in the bank to cover monthly expenses.

In response to an audience question about the county’s financial situation during the commission’s Tuesday night business meeting, Milne referred to a white board that showed the county’s cash flow picture.

With a current cash balance of $1.45 million after estimated income and expenses for the remainder of February and the month of March, Milne’s whiteboard figures showed a cash balance of $850,000 by the end of March. No large sources of income are forecasted until PILT payments in July. The county’s monthly payroll is $1.4 million.

The county may soon be in the situation of needing to borrow money to make payroll, until anticipated revenue such as PILT and property taxes come in, said Milne.

He clarified that he doesn’t mean work done by parks and recreation employees isn’t important, but given the dire financial straits of the county, priorities have to be made.

The county has two options when it comes to borrowing money: It can either borrow internally from dedicated accounts that are holding cash for other legally required purposes, or it can borrow money from financial institutions secured by anticipated tax revenue.

Tax and revenue anticipation notes are available from several sources.

Other counties have used this method of financing. In July 2012 the Utah County Commission approved issuing $5 million in tax and revenue anticipation notes with an expected interest rate of less than one percent. The notes are then paid back when property taxes are received at the end of the year.

County residents at the commission meeting offered to volunteer labor to defray expenses.

Casey Walker, representing the soccer league T.C. United, said his league has members that will help maintain the soccer fields.

“That’s what makes this community great,” said Milne “This is the kind of volunteerism we are going to need.”

There is more restructuring of county services to come, Milne promised. But even with future changes, Milne, who campaigned last year for county commission on a no tax increase platform, began to hedge on that commitment.

“I feel terrible to have to tell you people in light of what I have learned on the job the last couple of months, and based on what I’m seeing, this picture is so bleak that I get to be the guy that tells you I’d rather tighten my belt before I raise your taxes,” he said.

“I’m telling you with what we have initiated and what we will continue to do the next month or two, we are tightening our belts. But I’m here to tell you, even in light of that, I think we’re going to need to tell you to be prepared to have your taxes raised,” he added.