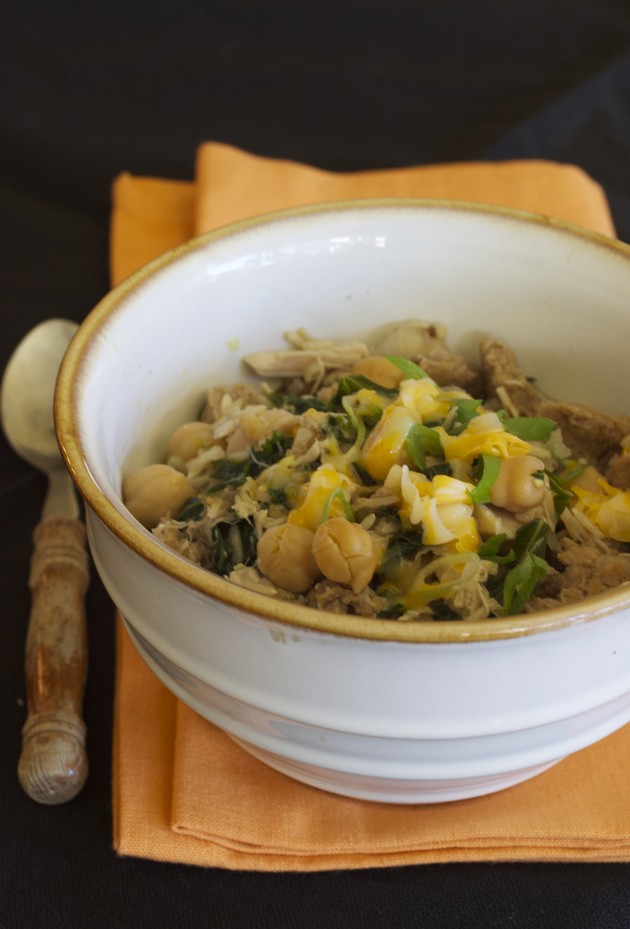 We were not raised eating chili, so the first time we made it, we were compulsive about following the recipe. The recipe we made was from Chili Madness by Jane Butel (Workman, 1980), and now that we think of it, it was fairly straightforward—beef, onion, tomatoes, chili powder, cumin and oregano. In her introduction, Butel encouraged readers to “get acquainted” with chile peppers, but we hesitated about experimenting with anything that was described as “fiery” and had to be handled with rubber gloves.

Many pots of chili later, we can honestly say chili lends itself to unlimited variations and is one of the most rewarding dishes a cook can make. Furthermore, it’s one of the truly authentic American dishes. Although there is some question about its origins, food historians agree chili, made with cheap cuts of meat, peppers and onions, was the stew that chuck wagon cooks dished out to cowboys working on cattle drives. It was also the one-dish meal that fueled prospectors on their way to strike it rich in the California gold rush.

Chili cooks have always been known for having their own ideas about their recipes.  We’ve read that instead of adding pinto beans to their the chili, some purists serve them on the side. And hard as it is to believe, some chilies are made without onions. For our Chicken Chili, with kale and garbanzos, but not a single tomato, we may have broken a few rules of chili cookery. But one thing we’ve learned over the years is that it’s OK to be creative.

This is a perfect follow-up to a dinner of rotisserie chicken. Make the chicken stock from the chicken bones, and toss the leftover chicken in the chili. Barley gives it lots of fiber. Look for bags of it next to the rice.