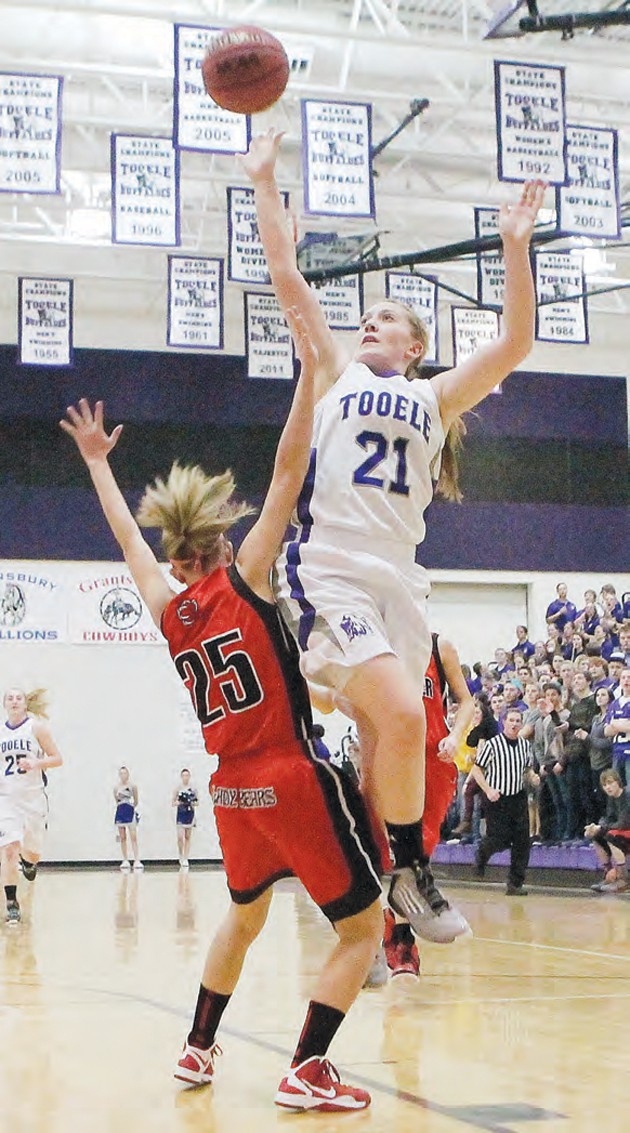 McKenzie Alvarez has been named the winner of the 2013 Jackie White-Kimber Memorial Award for her quiet leadership and hard work.

“She was the overwhelming choice because of her leadership,” Rydalch said. “She’s a quiet leader who leads more with her actions than her voice.”

Rydalch said her ability to lead people by example makes her an exceptional person because she doesn’t have to be a “rah rah” type of person.

Something that impressed Rydalch was when Alvarez would help set up the gymnasium on game days. She said most players on those days would just get ready for the game and not think to help out, but Alvarez went above and beyond what was expected of her.

“She exemplifies everything Jackie White did and those who have won the award before her,” Rydalch said. “She’s a great player as far as skills go. She’s just a wonderful young lady, and she’s willing to work hard no matter what.”

The award is named after former THS basketball player Jackie White-Kimber, who died in 1988 after a battle with cancer.