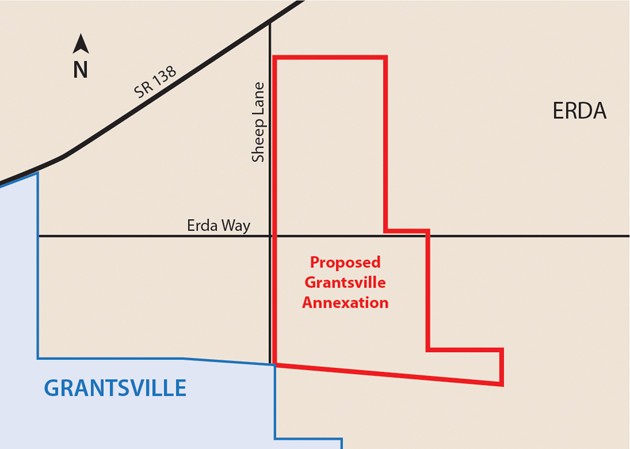 Grantsville City Council approved an ordinance Wednesday night to annex 548.85 acres of land on its eastern boundary located in the area of Sheep Lane and Erda Way after receiving a request from the property owners The Church of Jesus Christ of Latter-day Saints.

The ordinance also places the property in a manufacturing zone.

Back in May, the Council approved an ordinance to annex 900 acres of land east of Deseret Peak Complex and the Utah Motorsports Park into City limits at the request of The Romney Group as part of its Lakeview Business Park development.

On Wednesday, the Council also approved an ordinance to annex 21.55 acres adjacent to Sheep Lane into City limits at the request of Lakeview Business Park developers and the Gransville Soil Conservation.

Also at Wednesday’s meeting, the Council approved a planned unit development agreement and preliminary plan for the creation of 296 units on 200 acres located south of the intersection of Worthington and Nygreen streets. The area would eventually include an elementary school, park and 46 townhouse units available for people 55 and older.

The development would include an extensive system of sidewalks and pathways that interconnect the entire development. It includes a mixture of single-family homes, townhomes, open space areas and a neighborhood commercial area to help create a complete community.

In other business, the City approved a contract with Morgan Asphalt of Salt Lake City at a cost of $532,720 to repave and repair various streets this year. Also bidding on the project were Staker Parson and Eckles Paving.