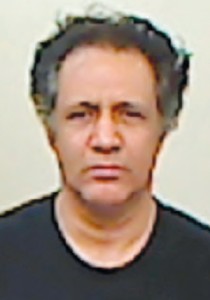 A Tooele man, who was arrested last summer when he tried to claim bail money after allegedly fleeing from child sexual abuse charges seven years ago, has pled guilty to a reduced charge related to the original crime.

The original charges were filed after a 12-year-old girl reported to police in 2005 that she had been sexually assaulted at a sleepover by her friend’s father, Mirafghan. Charges were filed in July of that year. The case was proceeding through the court system until November 2005, when Mirafghan missed a court date, according to court records. A warrant was issued for his arrest. Last July, Mirafghan came to the 3rd District Court office in Tooele and requested the return of $100,000 in bail money paid after he was arrested for the 2005 charge. He told the clerk he had been in Redondo Beach, Calif., for the last seven years, according to records. Mirafghan was arrested and, in August, charged with bail jumping.

Prior to Mirafghan’s guilty plea, a jury trial was scheduled for January for the bail jumping charge, and February for the sexual abuse charge. Both trials have now been canceled.

Gary Searle, chief deputy attorney for the Tooele County Attorney’s Office, said working out the plea deal was a matter of balancing out the victim’s interests with a deal agreeable Mirafghan’s, and the potential complications associated with going to trial. The possibility of appeals was also considered, as a conviction by jury would be open to appeals but a plea deal would not. Discussions with the victim’s family indicated that a plea arrangement would be acceptable, Searle said, and a plea meant Mirafghan did not have the possibility of being convicted of two firstdegree felonies.

“We got the plea, there’s no appeal, the victim’s interests were taken care of,” Searle said. “Obviously there was something in it for [Mirafghan] too.” Sentencing has been scheduled for Feb. 26.