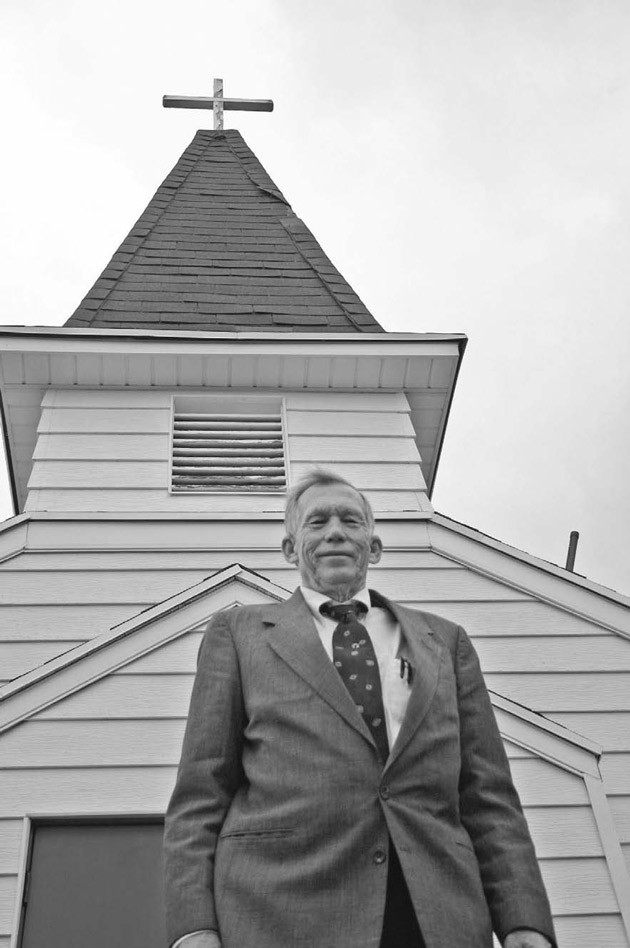 Rev. Bobby Oliver believes God led him to Tooele, where he will be leading the Bible Baptist Church. Previously he spent over 30 years as a pastor in Texas. photography/Alleen Lang

While most 69-year-old widowers might be looking forward to retirement, Rev. Bobby Oliver has started a new adventure as preacher for the fledgling Bible Baptist Church in Tooele.

“We want to be a blessing to the community,” Oliver said of his church. “Our doctrine is the Bible. We offer what the Bible says about salvation.”

The long, tall, Texas preacher found Tooele when he came to visit his son, Robby Oliver, during Christmas. While here, he met a group of people forming an independent Baptist church and discovered “the Lord wanted me here.”

Oliver and his flock of some 40 faithful Baptists have found a home in the little white church on 700 East formerly occupied by the Episcopal church. The building is palatial compared to the congregations’ former meeting place at Tooele’s Best Western motel. Oliver plans to fill the seats with faithful Baptists.

His ministry in Tooele is being supported by the missionary fund. He is authorized for three years as a missionary at which point he hopes the church will be able to support itself. With that goal in mind, each Saturday finds members of the Baptist Bible Church gathered to pass out flyers inviting people to join the congregation. A Spanish language Sunday service is also offered.

“There seems to be a lot of people moving into Tooele,” Oliver said.

Bible Baptist Church of Tooele adds to the choices for Baptists. Cornerstone Baptist, which has been around for years, is also an Independent Baptist church.

In addition, there are several other types of Baptist churches in Tooele county.

Oliver hopes to fill the basement of the little church with the sound of children working, playing and being educated in a Christian environment. The church plans to open a K-12 school in the fall.

“We want to offer a school that has alternatives,” Oliver said.

While the school will be designed to meet the need of some 15 Bible Baptist Church youngsters, it will be open to children of all faiths, he said.

Oliver comes to Tooele with 30 plus years of experience and a bachelor’s, master’s and doctorate degree. He has also studied marriage and family counseling.

He had been a pastor in Texas since 1970. Most recently he served in the small community of Vindor, Texas.

Tooele’s laid back lifestyle appeals to Oliver who said the area, “reminds me of a farm community. It’s just kind of country.”

The small town atmosphere is one of the things that “impressed my mind to come out here,” he says.

Although the congregation is small, Oliver says he hopes to offer his flock a sense of community.

“We try to get the people really involved in the work,” he said.

Oliver, or “Poppa” as he is known by his grandchildren, lives with his son and daughterin- law. He also has two daughters.