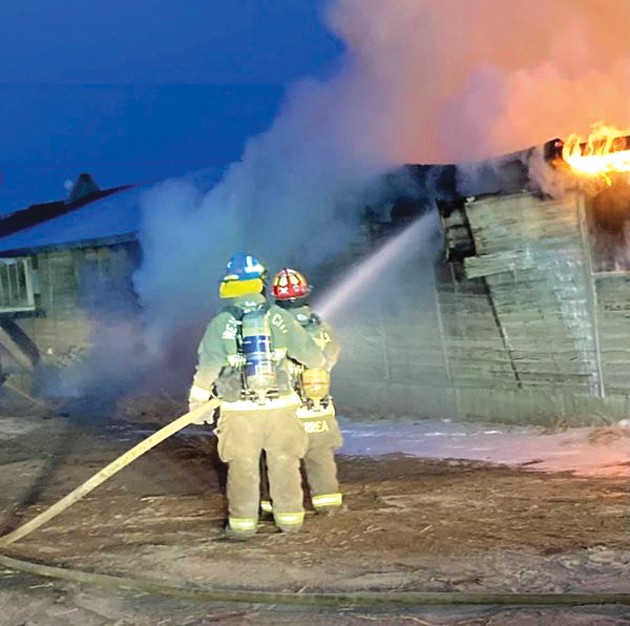 Firefighters from Wendover City Fire Department battle a blaze in a barrracks building at the Historic Wendover Airport on Monday evening.

A barracks at the Historic Wendover Air Force Base was destroyed by a fire Monday evening. The cause of the fire is unknown at this time.

When crews arrived at 5:15 p.m. Monday evening, they immediately began fighting the fire that had broken out at a historic military structure, according to a press release from the Wendover Fire Department.

The historic barracks that were being rented out by a third party were fully engulfed by flames.

Wendover Fire Department determined that the origin of the fire was unconfirmed at the time and they are awaiting the Utah State Fire Marshal’s Response.

The barracks were completely destroyed.

The fire was put out and no injuries were reported.