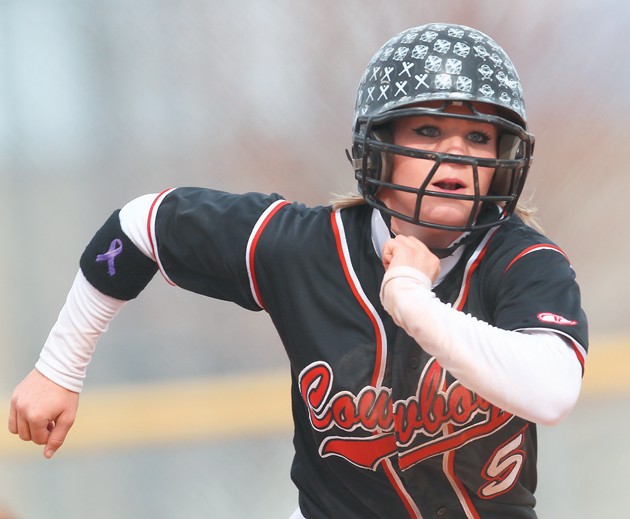 Grantsville will face the bottom and the top of Region 11 this week in softball.

On Wednesday, the Cowboys travel to Ben Lomond to take on the struggling Scots, and they host defending state champion Bear River Friday.

Grantsville should cruise at Ben Lomond like it did in a 17-1 win at Ogden on Wednesday and a 20-0 home victory over Morgan Friday. That makes it three easy games before facing the kingpin Bears.

“Every team worries me regardless of record,” said Grantsville coach Heidi Taylor. “There are things your team can learn from every game you play.”

Bear River is 5-2 heading into a home game against Morgan Wednesday before it travels to Grantsville on Friday. The Bears lost 4-3 March 16 to Spanish Fork, and Stansbury beat down the Bears 7-4 on Friday in Tremonton.

“They (Bear River) have had some injuries, but you have to play a flawless game to come out on top against Bear River. We’ve been working hard in practice because how you play in practice carries over to games,” Taylor said.

“When Jordan Theurer is on the mound it will be a tough game; she keeps the batters guessing,” the GHS coach said.

Theurer finished last year with a 20-5 record from the circle. The Bears faced Spanish Fork three times in the state tournament, winning twice and losing once, including an 8-0 victory over the Dons in the final game to win the state title.

Taylor is confident in the skills of her players, and said this year’s version is one of the top teams she has coached at GHS.

Region 11 games against Bear River, Stansbury and Tooele will be challenges for the Cowboys even though Tooele has not won a game so far this year.

The Buffaloes, however, were respectable in a 7-4 loss to Bear River. Tooele allowed only four hits, but committed six errors in the game against the Bears. Alyssa Arslanian pounded two doubles for the Buffaloes in that game.

“You always have to worry about Tooele,” Taylor said.

The Cowboys probably could have scored 40 runs against Morgan on Friday, but purposely ran themselves out of innings. In two innings, the Cowboys ripped seven hits including triples by Angel Cloward, Maddie Johnson and Whitney Turner. Pounding doubles were Amy Matthews, Brycie Gunderson, Teagan Critchlow and Whitney Fields.

Fields allowed the Trojans one hit in three innings.

Tooele is 0-10 on the season with a 9-0 loss at Bingham on Monday. The Buffaloes host Hunter today and Ogden on Wednesday.