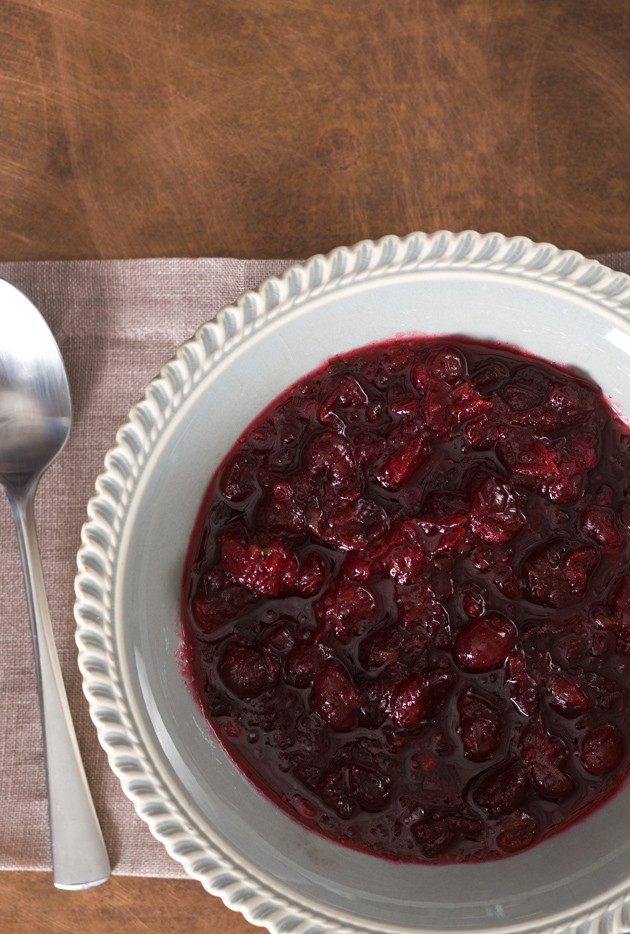 What’s bright red, named after a bird, tart and tangy, and bounces? Yes, bounces. The answer is . . . the cranberry. This little fact is more than amusing trivia. In the mid-1800s, John “Peg-Leg” Webb let his cranberry crop roll down the barn stairs, rather than attempting to carry it down on his one leg, and noticed that the good fruit bounced and the bad fruit just stayed wherever it landed. The “bounceboard separator,” which is still used today, is a direct result of his observation.

Cranberries, one of only three commercially grown native North American fruits, (blueberries and concord grapes are the others) were first cultivated in Massachusetts. It is said they got their name either from the crane-like shape of the blossom or from the fact that they provided a good source of nutrient rich food for the cranes along the coastline. The birds were onto something big: Cranberries are nutrition powerhouses, linked to everything from treating urinary tract infections to preventing cavities, kidney stones and cancer, improving cholesterol, recovering from stroke and more.

Native Americans used the berries medicinally. They made poultices to treat poisonous arrow wounds, used them fresh and dried in their cooking, and even made a pigment from them to dye rugs. Later, whalers discovered cranberries prevented scurvy, and in the past 20 years, study after study has solidified cranberries’ important role in preventing urinary tract infections.

Make this relish a day ahead to allow the flavors to meld and the heat from the jalapeno to mellow.

1. Combine water and sugar in a saucepan. Bring to a boil. Add cranberries. Return to a boil; cook 10 minutes without stirring. Pour into a bowl and let cool.
2. Add remaining ingredients and mix lightly. Refrigerate. Serve chilled or room temperature. Serves 8.