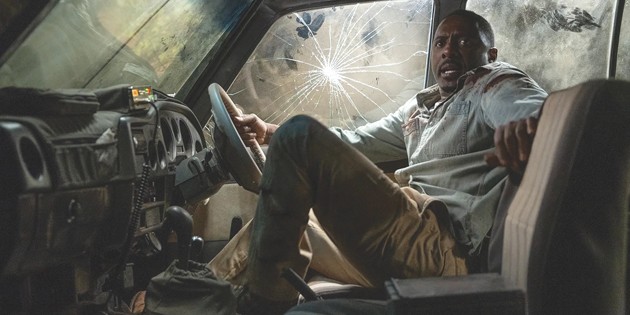 It’s not often that we get movies about Africa. I believe this is odd considering there are more than 1.2 billion people on the continent and many people from the U.S. have a lineage leading back to that promised place.

If we were to start a trend of movies centered around the representation of African cultures, I would not be upset. There are countless stories from there that need to be told.

I’ll tell you this much, “Beast” won’t be the beginning of that trend.

The movie is about Dr. Nathan Samuels, played by Idris Elba, who takes his daughters to South Africa for a safari after the death of their mother. The safari is led by old family friend Martin Battles, played by Sharlto Copley, who works as a wildlife biologist for the reserve.

Everything is going great until they encounter the beast, a provoked lion who kills for revenge on the poachers who murdered his family.

After getting trapped in their car with no way of communication with the outside world, the family must take on the beast in the fight for survival.

Let’s start with the redeeming qualities of “Beast.”

The first is that the movie accomplishes its goal of being intense. There are many close calls that leave the audience squeamish in their seats.

The second is that it stars Sharlto Copley who is my favorite South African actor. Every time he is on screen, I can’t help liking him more.

And last but not least, the theme about poaching is relevant and heartfelt.

Outside of this, the movie didn’t offer much.

The back story of Idris Elba’s character being a widower seemed like a last minute add on. I think it was an alright add on at times, but it felt like a crutch when the writers didn’t know what else to have the characters talk about. It was also brought up at strange times.

Maybe I’m being unreasonable, but it seems strange to me when a pleasant conversation about photography blows up into an argument about Mom’s death.

Also, like the plague of most suspenseful movies before it, the characters make a lot of dumb decisions like sleeping next to an open car window, leaving the car when there’s a lion like 10 feet away, or just wandering off in general. I have a hard time caring for characters when it seems like they have a death wish.

The rule of thumb when it comes to movies is the more restrictive the rating, the less money the movie will make.

And “Beast” only receives an R rating for some violent content and a few bloody images. At one point the main character whispers the F-word underneath his breath a few times, but if you were to edit that part out, and edit out one or two instances of blood — which you could have easily done by just implying it — you would have yourself a PG-13 rating, and the filmmakers would have had a lot more money.

Ultimately, “Beast” will entertain for the moment, but in the long run it’s a forgettable film. I’ll give it a 6 out of 10.