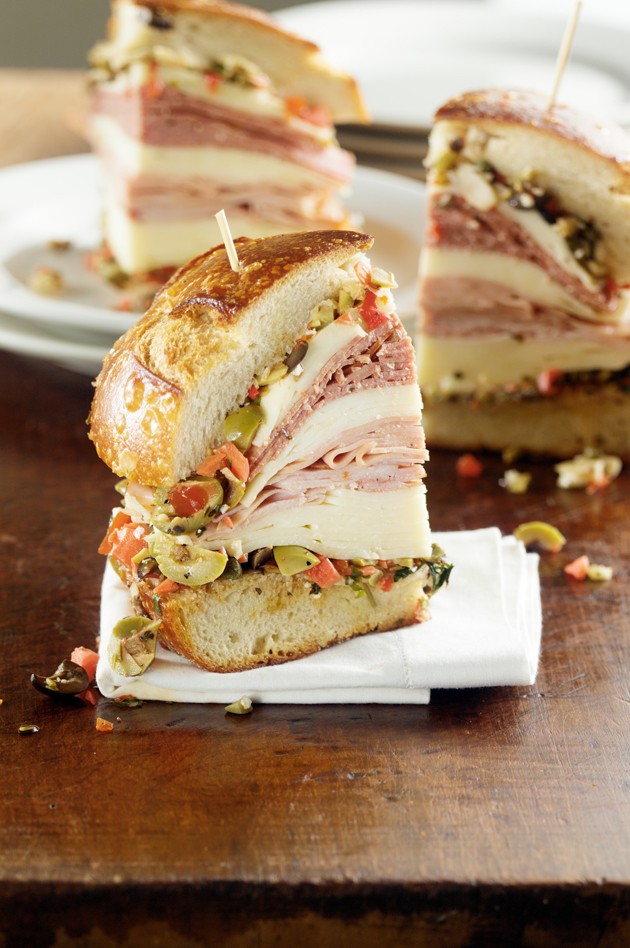 New Orleans, over the course of its history, has seen waves of immigration from all over the world. Spanish, French, American (that’s right, at one time Americans coming to New Orleans were immigrants), Canary Island, Italian and Sicilian citizens all found their way to the Crescent City, and each group contributed to city’s unique food culture.

While most people are familiar with the po-boy sandwich, so named as it was invented to feed cash-poor streetcar workers when they were on strike, not everyone is as familiar with another of the city’s iconic sandwiches—the muffuletta.

The muffuletta was developed, as the story goes, by a Sicilian grocery store owner in New Orleans’ French Quarter. The sandwich itself is a complex combination of ingredients—mortadella, hard salami, lean ham, mozzarella and provolone cheese, and olive mix (a delicious combination of pickled vegetables and spices), all organized between a 7-inch round of crusty Italian bread.

There are a number of places around New Orleans that serve a good muffuletta, but for my money, you can’t do much better than the place where it was invented—Central Grocery on Decatur Street. Just across from the French Market, Central Grocery, an archetypal Italian grocery that has been in business since 1906, serves hundreds of these delicious meals-on-a-roll each day.

This sandwich can be made at home for those whose future travel plans don’t include a trip to New Orleans. Alternatively, for the less adventurous, Progress Grocery in New Orleans ships both whole muffulettas or just the olive mix via their website at www.gourmetfoodmall.com.

1. To prepare olive mix, combine all ingredients in a large mixing bowl.  Stir well. Spoon into a 1-quart jar with lid. Refrigerate about 1 week  before serving. Will keep almost indefinitely in the refrigerator.
2. To prepare sandwich, slice Italian bread evenly in half. Spread olive mix on both halves. Layer cheeses and meats evenly on top. Place two halves of sandwich together. Slice into wedges. Serves 8.