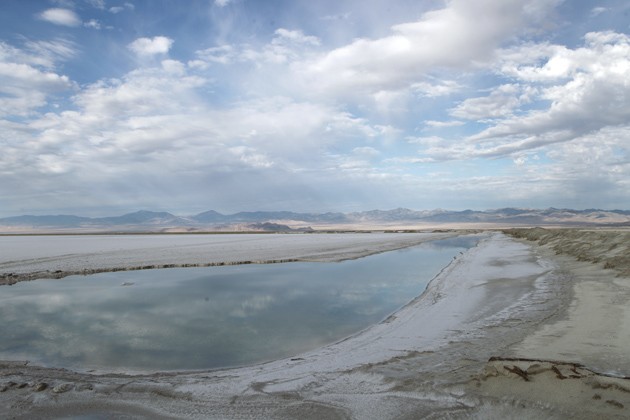 A small containment pond of brine sits in the Intrepid Potash area.

Water filled canals in the Salt Flats north of Interstate 80 and east of Wendover may look like an attractive outdoor recreation feature, but the Bureau of Land Management is advising people to stay out of the canals.

The canals are part of a potash production process, according to BLM officials.

The canals are leased and managed by Intrepid Potash and are located on a mix of private property, State of Utah School and Institutional Trust Lands Administration land, and Bureau of Land Management-managed public lands, according to BLM.

“The ​canals are industrial facilities leased to Intrepid Potash for potash mining activities and are not designed or safe for public recreation,” said the BLM in a recently released written statement. “Therefore, the public should not access, swim, float, kayak, canoe, or pursue any other recreation activities in these industrial canals.”

BLM also warned that the Utah Highway Patrol has indicated that parking along I-80 to access the canals is illegal and extremely dangerous due to the proximity to the interstate highway.

Potash production on Tooele County’s Salt Flats date back to the Utah Salduro Company that extracted potash in the area from 1917 – 1921.

Intrepid Potash took over potash production in the area in 2004 from Reilly Chemical.

The ditches naturally fill with groundwater that is high in dissolved mineral content. A system of canals is used to move the water to evaporation ponds where the mineral content is concentrated, the salt removed and the potash dried and extracted.