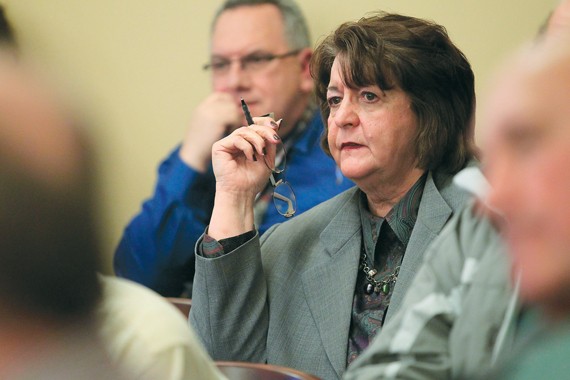 Tooele County School District Superintendent Terry Linares listens during a February meeting at the state Capitol. In June, Linares’ salary was raised to $128,500.

In a year in which the Tooele County School Board handed out only half of scheduled salary step increases to teachers and raised property taxes by 9.1 percent, it also chose to bump up Superintendent Terry Linares’ salary by 20.4 percent.

Linares’ annual salary was raised from $106,759 to $128,500 when her contract was renewed for two years in June. In a letter emailed to all district employees this morning in response to recent inquiries, Scott Bryan, Tooele County School Board president, outlined the rationale for the raise.

“The increase was in part recognition for the superintendent’s leadership over the prior years and in part strategically positioning the district to offer a more competitive salary in alignment with other superintendents throughout the state,” wrote Bryan. “We also recognize that we will eventually hire a new superintendent and we want to attract the top talent for this critical position through a competitive compensation package.”

Linares has not received a raise in the four years since she became superintendent, according to Bryan.

Linares said she voluntarily reduced her own salary by $1,500.

“I really don’t think it is fair that we have an employee that puts it as many hours as our superintendent does for what she is paid and then when we go to replace her we offer the next guy a big raise,” said Bryan.