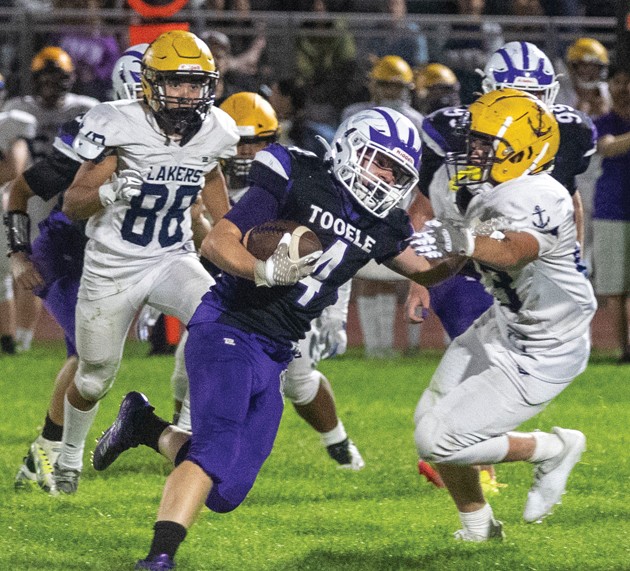 The Tooele Buffaloes got back into the win category Friday night, with a victory over the Mountain View Bruins in Orem.

Tooele opened the scoring early with a 33-yard rushing touchdown from running back Wesley Tso to go ahead 7-0 in the games first two minutes.

Mountain View responded with a score on its next possession, knotting the game up and setting up what would be a shootout for the rest of the game.

After recording two straight touchdowns, the Buffaloes pulled ahead 20-7, but the Bruins kept the game close by scoring seven points of its own late in the first quarter. Heading into the second frame, Tooele held on to a 20-14 lead.

It appeared that the Buffaloes began to pull away in the second quarter, as it blanked Mountain View over the 12 minutes and tacked on another 20 points of its own to extend the lead to 40-14. But in the second half, the Bruins kept the same pace as Tooele and pulled to within 25 points in the third quarter trailing 53-28.

The four score gap was as close as the game would get, however, as both teams exchanged another seven points in the fourth quarter and pulled away to win the game 59-35.

The victory brings the Buffaloes to a 2-5 record, with three games remaining in the regular season. Next week, Tooele remains on the road to play Payson on Sept. 30 at 7 p.m.