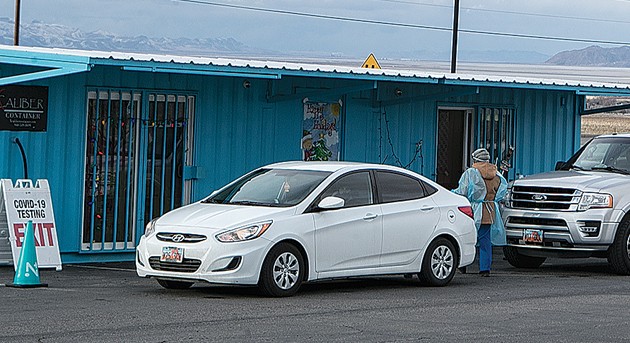 The call came into Tooele Dispatch at 6:30 a.m. on Jan. 3, according to Jeremy Hansen, public information officer at the Tooele City Police Department.

When officers arrived at the Park and Ride, located at 2400 N. Main Street, an employee of Nomi Health, the company that provides COVID-19 tests at the location told them that items were missing from the testing clinic.

The employee said that when she arrived, everything appeared normal, but as she began to go through their conex box, she observed that three laptops and two space heaters were missing.

The employee told the officer that there was no forced entry into the conex box, according to Hansen.

The lock which secured the box was not damaged and was on the box correctly when she arrived that morning.

The investigation into the burglary is ongoing, according to Hansen.