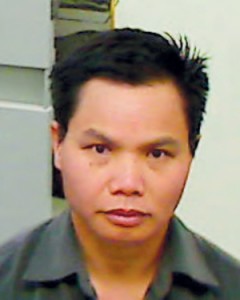 A California man has been arrested and charged for allegedly laundering money in connection with drug sales.

Daniel Vorabout, 48, of Weaverville, Calif., was pulled over last Wednesday by the Utah Highway Patrol for a traffic violation on westbound I-80 near Lake Point.

The trooper asked Vorabout if he could search the car, and while doing so, found two empty suitcases and $111,420 in cash, according to a probable cause statement.

The trooper coordinated that information with the Trinity County Sheriff’s Office in Trinity County, Calif. After obtaining a warrant, deputies there searched Vorabout’s home. That search allegedly netted 50 pounds of marijuana, a rifle and several drug ledgers, according to the probable cause statement.

The investigation indicates that Vorabout ran marijuana to North Carolina, and the cash in his vehicle were proceeds from a sale, according to the probable cause statement. Small amounts of marijuana for personal use and medicinal purposes are legal in California, but use and possession in North Carolina are illegal.

According to the Trinity County District Attorney’s Office, no criminal charges had yet been filed in regards to the March 6 arrest and investigation.

Vorabout made his initial appearance in 3rd District Court Monday, and next has a roll call hearing scheduled for March 26.