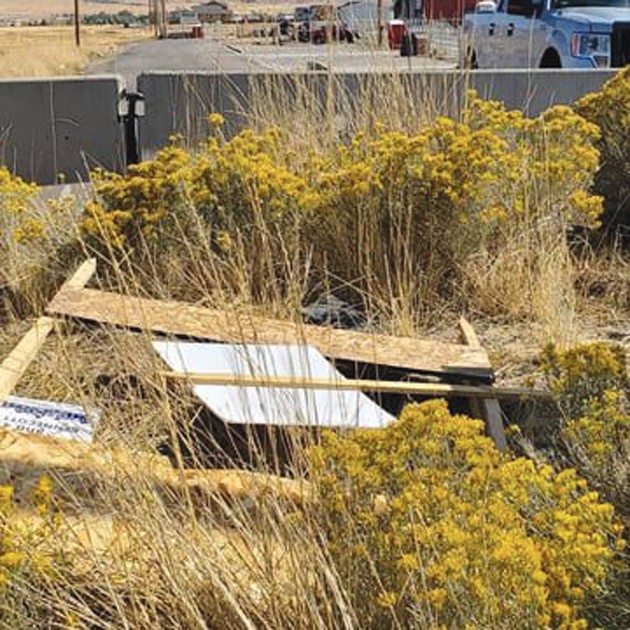 Many people consider political signs as the bane of campaign season.

Strewn around in yards, businesses, on Main streets and appearing in abundance at intersections, the sometimes color-clashing portable political placards pop-up during campaign season like dandelions in a green lawn.

For a new candidate, campaign signs are said to help with name familiarity and are supposed to be helpful when campaigning against a well known incumbent.

If an incumbent doesn’t post at least a few signs they run the risk of being accused of not campaigning and assuming their incumbency assures them a victory.

Whatever your feelings are about campaign signs, courts have ruled signs — especially political signs in residential areas — to be constitutionally protected free speech.

In a 1994 case, the U.S. Supreme Court upheld lower court rulings declaring an ordinance that bans residential signs an unconstitutional restriction on the freedom of speech

A Missouri town passed an ordinance that banned all residential signs to minimize visual clutter in the town. A resident sued, alleging that the ordinance violated her right to free speech by prohibiting her from displaying a sign stating “For Peace in the Gulf” from her home. The District Court found the ordinance unconstitutional, and the Court of Appeals affirmed. The Supreme Court agreed, finding that the town’s interest in regulating signs does not outweigh its residents’ right to free speech.

According to the Supreme Court, signs are an important medium of political, religious, or personal messages for which there are no exact alternatives.

However, some courts have upheld homeowners associations that enforce restrictive covenants related to political signs, finding a difference between a government ordinance and a willfully agreed covenant.

Any requirements or restrictions on the posting of a political sign on public property must be politically neutral and content, according to state code.

Anybody else that knowingly removes, alters, defaces, or otherwise vandalizes a sign is guilty of a class B misdemeanor, according to state code.

Various candidates throughout the county have reported missing or damaged signs.

While the county’s high winds may account for some of those reports, reports of selective damage to one candidate’s or party’s signs in the same area leave room for the hint of human involvement.

In other words, don’t mess with somebody else’s signs.

If there is a sign on your property without your permission, take the sign down and call the candidate and let them know they can come pick it up. That would be the neighborly thing to do.

Otherwise, campaign signs should not be touched.