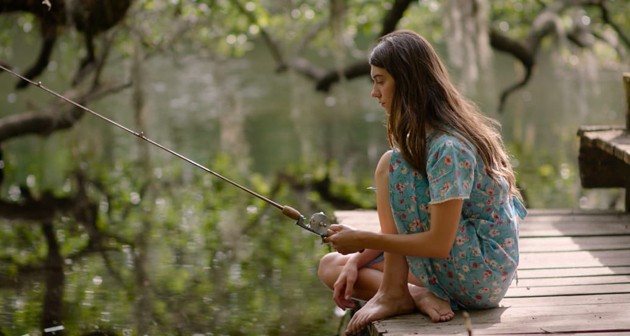 Whether you’re an outdoorsman in the thickest marsh or a comfortable resident of suburbia, there’s a little something for everyone in “Where the Crawdads Sing.”

Delia Owens’s 2018 debut novel struck a chord nationwide for those in search of a wildly entertaining story about an isolated girl coming-of-age in the wild.

Not only did the book offer a look into a unique aspect of American geography, but it also gave us a gripping main character, a charming love story, and a nail-biting mystery to boot.

With a book this sensational, it was only a matter of time for an adaptation to glimpse the silver screen, but the question is — Does the movie live up to the book?

“Where the Crawdads Sing” follows Catherine Clark, nicknamed Kya, played by Daisy Edgar-Jones, who, after her family abandons her, is forced to raise herself in the North Carolina marshes, just outside of the town of Barkley Cove.

Kya is resourceful and gets by on her own with no formal education. However, after she meets Tate Walker, played by Taylor John Smith, she learns to read and write and the two soon become romantically entwined.

However, there’s another man in Kya’s life, Chase Andrews, played by Harris Dickinson, the best quarterback Barkley Cove ever had. After Chase ends up dead under suspicious circumstances, an investigation is launched. The town is quick to judge that it must be Kya, the feral “Marsh Girl,” that did the deed.

The story follows a nonlinear timeline as it jumps from Kya’s abandonment and growing up years to when she is a young women charged with murder.

Most people hold the opinion that books are better than their movie counterparts. However, that hasn’t always been the case for me.

Movies have plenty of other modes of storytelling — like music, photography, and acting — that can enhance the overall experience.

Even so, I believe the popular consensus applies for “Where the Crawdads Sing.”

The book goes into detail of the life that Kya lives. A film with a two-hour runtime would never be capable of covering as much ground as the book does, so the film must ultimately make a few sacrifices.

The film also doesn’t attempt to add anything to the book. It’s a safe adaptation and doesn’t change any of the beats from the book. That can be good — a lot of people like a movie that is true to the source material — but sometimes I like to see risk taken in an adaptation. That, to me, can be the difference between a good adaptation and a great one — but also between a bad one and a good one.

But, with all that being said, “Where the Crawdads Sing” is still a good adaptation.

The cast give electric performances. The production design does a good job of portraying the marsh — most modern movies, in my opinion, show the outdoors as hokey-like groomed nature reserve that is far too clean. The movie got most of the aspects right in my opinion, except for the mosquitos.

If you haven’t already read the book and don’t have the time to, I’d encourage you to see the movie. It’s entertaining and a good adaptation.

If you’re more of a purist and would rather read the book, then I’d probably just stick with that. Either way, I’d look for the crawdads when they start to sing.

I’ll give “Where the Crawdads Sing” a 7 out of 10. The film is rated PG-13 for sexual content and some violence including sexual assault.