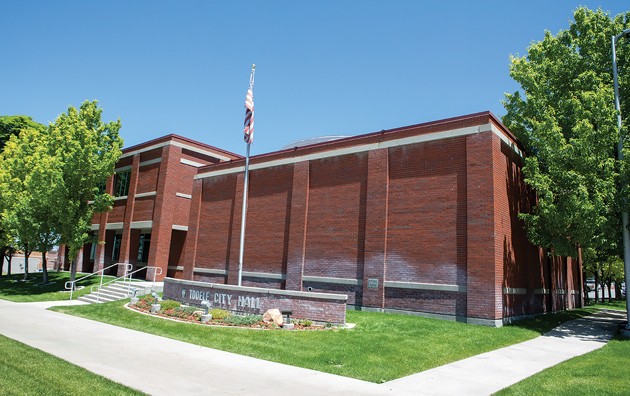 Eight people have filed with the clerk’s office to run for Tooele City Council this fall.

Tooele City, Stansbury Park voters will have a primary in August to reduce candidates ♦

Some local governments will hold primary elections in August, others with just enough candidates to fill open positions may cancel their elections, and at least one service district may need to find appointees to fill vacant seats.

A total of 40 people filed to run for local offices by the end of the filing period, which was 5 p.m. Friday.

Tooele City and Stansbury Park voters will take part in a primary election on Aug. 13.

There were eight candidates who filed for three positions on the Tooele City Council. That list will need to be pared down to six by a primary election.

McCall is the only incumbent who filed for reelection. He was first elected to the Tooele City Council in 2007.

All Tooele City Council positions are at-large, which means all eight candidates will appear on the primary ballot with the top six vote-getters advancing to the general election in November.

Stansbury Service Agency incumbent board members Neil Smart and Glenn Oscarson did not file for reelection.

The candidates for each Stansbury Service Agency board position will be reduced to two by a primary election on Aug. 13.

Allen is an incumbent. She was first elected in 2015. Hutchins has served on the City Council since January 2019 when he was appointed to fill Tom Tripp’s seat.

The town of Vernon will hold a general election on Nov. 5.

In Rush Valley, town council incumbents Pete Albrecht and Dana Gardner were the only people to file for the two council positions

In the North Tooele Fire District, incumbents Kenneth Aldridge, Scott Bissegger, and Rick Pollock were the only candidates to file for the three seats on the fire district board.

Jacob Clegg, the incumbent, was the only candidate to file for the Stansbury Park Improvement District board.

In Stockton, Jill McAffee and Joe Johnston filed for the two town council seats up for election this year. Incumbent council members Judy Bori and David Nutzman did not file for reelection.

Stockton Town Mayor Thomas Karjola, who was appointed in February 2018 to fill the unexpired term of Mayor Mark Whitney, was the only candidate to file for mayor of Stockton.

Wendover is one of two cities left in Utah that conduct partisan city elections. Gordon Stewart, an unaffiliated candidate and Darlene Trammell, a Republican, filed for the two two-year positions on the Wendover City Council.

Ana Aboite and Dennis Sweat, both Republicans and Manuel Carillo Gomez, a Democrat, filed for the three four-year positions on the Wendover City Council.

The Lake Point Improvement District failed to draw any candidates for two open positions on its board. Current board members may need to appoint members to fill vacant seats.

Primary elections for Tooele City and Stanbury Park will be held Aug. 13. The general election will be held Nov. 5.

State code gives write-in candidates until Sept. 3 to file for the general election.