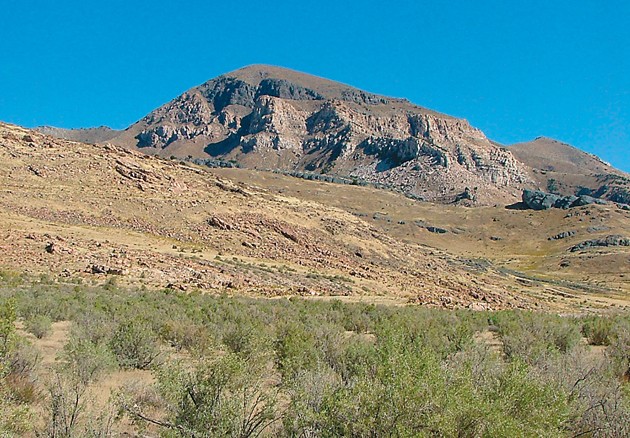 I would be remiss in my responsibilities if I did not discuss the great man for which Stansbury Park, Stansbury Island and the Stansbury Mountains are named. Living here in Stansbury Park within sight of Adobe Rock, this is a topic I often think about.

Capt. Howard Stansbury did much during his time in Utah to become the namesake for several locations in Tooele County.

Each week when I go work with horses and drive the bench above Stansbury Park, I have fine views down to Adobe Rock, and across the Great Salt Lake to Stansbury Island. When I see these things, I think about the struggles and discoveries of Capt. Howard Stansbury and his men back in 1849-1850. Over the next few weeks, we’ll take a closer look at the man and the terrain he explored.

Stansbury was a hardworking, driven and professional man. He was trained as a civil engineer and was a commissioned officer in the Corps of Topographical Engineers. This was an extreme honor in his day as only the best of the best could serve in such a capacity. Stansbury was born on Feb. 8, 1806 in New York City, NY. At 22, he led a survey of canals intended to connect Lake Erie and Lake Michigan with the Wabash River in Indiana and Illinois.

Think about what 22 year olds are doing today and this becomes more remarkable. That job was merely the first in a long line of accomplishments as he led a highly successful engineering career. His notable projects included a survey of the James River in Virginia to improve the harbor at Richmond; a survey of the Illinois and Kaskaskia rivers; surveying a railroad from Milwaukee, WI to Dubuque, Iowa; and a survey of the Great Lakes in 1841.

By this time Stansbury had been promoted to captain and was charged with surveying the harbor at Portsmouth, NH. His peers hailed his work at Portsmouth as “A work which for minute accuracy of detail was unsurpassed in the country at the time.” Finally, in 1847, the same year the Mormon pioneers entered Salt Lake Valley, he was charged with the construction of the largest lighthouse in the country at Carysfort Reef in Florida.

At this point in his life, Stansbury had lived multiple lifetimes of accomplishment and adventure, and gained the respect and admiration of his peers in the engineering and scientific communities. His greatest achievement by far was yet to come, however.

In 1849 he lead an exploration through the Rocky Mountains to visit the Mormons in Utah and to explore the Great Salt Lake and its environs. Stansbury compiled his account of this exploration in a book he published in 1852 called, “An Expedition to the Valley of the Great Salt Lake – including a reconnaissance of a new route through the Rocky Mountains.” This book, wonderfully written and filled with scientific information, captivated its audience and kept them gripped while they read about struggles across the salt deserts, encounters with Indians, and descriptions of the mysterious Great Salt Lake. The book elevated Stansbury to celebrity status and it proved to be the crowning achievement of his life.

To get an idea of the character of the man and to glimpse into his explorations, let’s look at his great adventure crossing the Great Salt Lake Desert to Pilot Peak, and then back across the salt flats, over the Cedar Mountains through Hastings Pass, and on to Tooele Valley.

Stansbury and his party of explorers departed Fort Leavenworth, KS on March 31, 1849 and headed towards the valley of the Great Salt Lake. Stansbury’s party consisted of 18 men, 5 wagons and 46 horses and mules. He stated that his party mostly consisted of, “experienced voyagers who had spent the best part of their lives among the wilds of the Rocky Mountains, and to whom this manner of life had become endeared by old associations.”

Stansbury and his tiny party crossed the plains. He wrote about Indian farms, the topography, the sad condition of the rutted trail, emigrants heading to the “Land of Gold” as he called it, and the unspeakable ravages of cholera that were wreaking havoc on the emigrant populations. But none of these hardships prepared him and his crew for their dangerous passage across the Great Salt Lake Desert.

Stansbury was quite disappointed with the Great Salt Lake and its environs. He wrote: “I was surprised to find, although so near a body of the saltiest water, none of that feeling of invigorating freshness which is always experienced when in the vicinity of the ocean. The bleak and naked shores without a single tree to relieve the eye, presented a scene so different from what I had pictured in my imagination of the beauties of this far famed spot that my disappointment was extreme.”

Stansbury had imagined a sparkling mountain lake with forested shores and had anticipated his visit to the Great Salt Lake with much enthusiasm and excitement. Reality notwithstanding, Stansbury and his expedition explored the lake, visited all of its islands, and transited back and forth on makeshift boats between camps at Promontory, Black Rock, Stansbury Island and the vicinity of Strong’s Knob.

It is fascinating to read his accounts of great storms on the lake, and trudging over miles of knee deep mud flats during driving snowstorms while searching for a clear spring for drinking water and scraps of firewood. This excerpt gives one an idea of some of the calamities the tiny expedition faced in this far off wilderness:

“The night upon the lake in the open boat was anything but agreeable. The gale had raised a heavy sea, which frequently broke over the bows, drenching every man to the skin, wetting their blankets and rendering sleep impossible.”

Stansbury also spoke of an interesting phenomenon that anyone familiar with the lake and its behavior will recognize:

“The water under the influence of the northern blast rose upon the beach crossed by the line of a few days past so as to extend six or seven miles south of it, but this morning it had returned to its old boundaries upon the subsidence of the gale.”

This action of a moving shoreline, based upon the wind pushing the waters of the lake to and fro, continues to this day but is much less dramatic. (To be continued next week.)