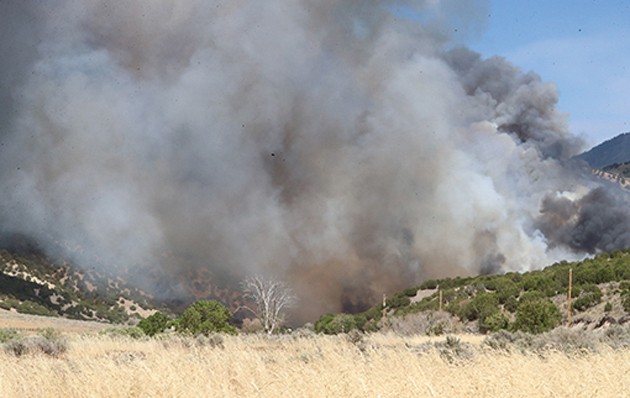 The Jacob City fire started near the Jacob City trailhead on July 9, 2022. It grew to over 4,100 acres and cost over $5 million to fight.

Charges against the man arrested in connection with starting the Jacob City Fire in July 2022 have been dropped.

At the request of the Tooele County attorney’s office, 3rd District Court Judge Teresa Welch dismissed the misdemeanor charges that were filed against Gary Carr related to the Jacob City fire.

In the motion for dismissal, Gary Searle, chief deputy Tooele County attorney requested that the action against Carr be dismissed “in the interest of justice.”

Carr, who was staying in a motorhome near the Jacob City Trailhead, called 911 around 2:28 p.m. on July 9 to report that his generator had caught fire and spread to nearby trees in the area of Jacob City Trail Head.

After an initial investigation, an information document was filed with the 3rd District Court by the Tooele County attorney’s office charging Carr with reckless burning and causing a catastrophe, both class A misdemeanors.

“In this case we did not believe that we had sufficient evidence that the defendant acted recklessly as defined in the criminal code,” Broadhead said.

Firefighters reported that over 4,100 acres were burned as a result of the Jacob City fire, which cost over $5 million to fight.