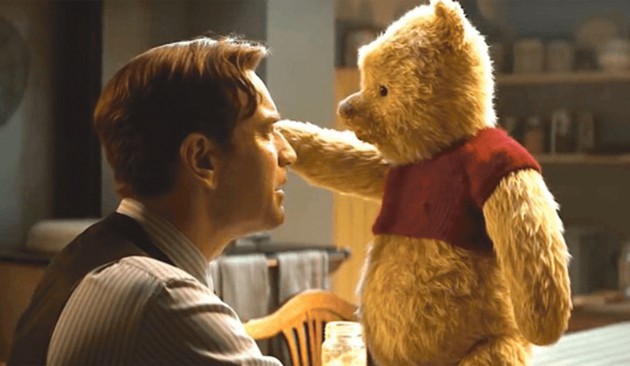 When I was young, I used to watch the show “The New Adventures of Winnie the Pooh.” I hadn’t thought about how big a part of my childhood Pooh was until I saw last year’s film “Goodbye Christopher Robin.”

It seems Winnie-the-Pooh is having a revival because along with last year’s film comes the new movie “Christopher Robin,” which was released last week.

“Goodbye Christopher Robin” was the true story behind A. A. Milne, the creator of Winnie-the-Pooh, and the effect the storybook had on his family, especially his son, whose name is Christopher Robin.

“Christopher Robin” is a fictional story about the character, Christopher Robin, growing up and dealing with work, his family, and the reappearance of his friends from the Hundred Acre Wood. Are you confused yet? Well, I am.

“Christopher Robin” begins with a young Christopher (Orton O’Brien) who lives in Sussex, England, along with his friends Pooh (Jim Cummings), Tigger (Jim Cummings), Piglet (Nick Mohammed), Eeyore (Brad Garrett) and others. He loves the time he gets to spend with his friends playing in the Hundred Acre Wood; however, he knows it’s going to end because he’s leaving for boarding school. They have a goodbye party for Christopher in which he promises to Pooh that he will never forget him.

Many years later, an older Christopher (Ewan McGregor) is stressed dealing with his many responsibilities in life. His wife, Evelyn Robin (Hayley Atwell), and daughter, Madeline (Bronte Carmichael), plan a vacation at Christopher’s old cottage in Sussex to help him relax. But because his job requires him for the weekend, he has to let his wife and daughter go without him.

He tackles the difficult work, but the idea that he’s missing out on his life keeps nagging in the back of his mind. Then on his way home from work, Christopher happens upon his old friend Pooh. Pooh is in a predicament, and Christopher is the only one who can help. He already has much on his plate, but he decides to help anyway. Pooh, however, might just be the answer to all Christopher’s problems.

The film is a lot of fun especially for those who grew up with Pooh and his friends. It perfectly captures a feeling of nostalgia that I was familiar with in the old cartoon. But the biggest strength the movie has to offer is the message. If you have children, I encourage you take them to this movie. It is rare to find a family movie of this caliber.

A close second to the message is the comedy. The film has a lighthearted and witty humor that had me laughing out loud at many moments. Eeyore dealing with his sadness, Tigger with his antics, and Pooh with his obsession with honey can never get old. I thought the film was well crafted, and there seems to be an effort behind everyone taking part in the film.

My two biggest critiques actually don’t have to deal with the movie itself. The first is the trailer. I thought it exposed too much of the plot and if you have seen the movie, you know what I mean. It took a while for the movie to get to a part I hadn’t already seen in the trailer.

The second is the time it was released. As I mentioned earlier, “Goodbye Christopher Robin” was only released a year ago, and that film is still fresh in my mind because it was also well crafted. Both movies have similar elements in their storylines, titles and subject matter. I’m sure many people, including myself, will get the two movies confused in the near future.

If you have already seen the trailers, or if you have seen “Goodbye Christopher Robin,” you may not have the best experience compared to those who have not, but the film is still worth your time. I enjoyed it a lot, and I think you will, too.