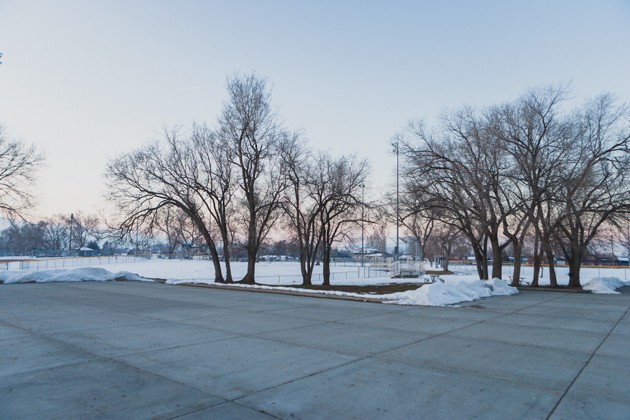 The future site of a proposed cell tower to be located at Elton Park nearby Birch Street and 7th Street.

The Tooele City Council approved a lease agreement for a cell tower to be built at Elton Park during a business meeting at City Hall last Wednesday.

The lease agreement is with Eco-Site II, LLC, a builder of wireless communication and infrastructure, that will construct the proposed 100-foot tower at Elton Park to the northwest of First Lutheran Church’s parking lot at the corner of Birch Street and N. 7th Street.

Since 2011, City Hall has been working with T-Mobile, which approached the city with the desire to build a cell tower at Elton Park, according to Tooele City Attorney Roger Baker. T-Mobile is ready to move forward.

“This will involve a site lease of a 40-foot by 40-foot pad,” Baker said. According to the site plan, the 1,600-square-foot lot will have 20-foot-wide access and utility easements.

“The location will not decrease any functionality of the park or interfere with its maintenance,” he said. “Darwin Cook and Scott VonHatten [Tooele City Parks and Recreation staff] have worked carefully with the site to make sure the location is not one to detract from the park, both in recreational parking and functionality.”

The cell tower, along with the lease, will result in new revenue to the city’s general fund in the amount of $15,000 annually plus annual escalations for potentially 30 years, according to Baker.

“I know as part of this in our prior discussions we were going to create a line item for the revenue from this project going to the parks department for Elton Park improvements, just to state that for the record,” said City Councilman Scott Wardle.

“It will be going into the [741] Fund, which is actually a parks equipment fund that will be used at all of the parks,” said City Parks and Recreation director Darwin Cook.

Wardle proposed an amendment to the resolution to include that the proceeds from the lease go into the 741 fund of the parks department to be used for parks throughout the city.

The council incorporated the amendment into the motion of approval for the resolution and voted unanimously in favor. Councilwoman Melodi Gochis was not in attendance.