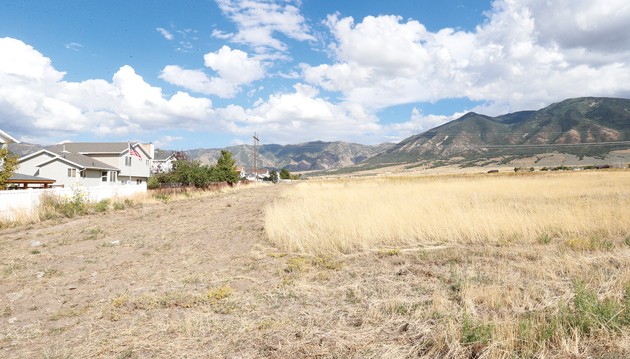 Tooele City Council voted to annex 61 acres of property south of the Carr Fork Subdivision during their Sep. 21 meeting. A developer plans on putting 172 homes on the property.

A developer’s request was granted by the Tooele City Council last week after he asked to annex a piece of property into city limits near the existing Carr Fork Subdivision.

The Tooele City Council voted to approve the annexation of 61 acres of property north of the Carr Fork subdivision east of Droubay Road during their Sept. 21 meeting at Tooele City Hall.

The developer plans to build 172 homes with three car garages on the property. The vote to approve the annexation was 4-1.

During the meeting, Roger Baker., city attorney presented the request to the Tooele City Council.

Baker explained that the annexation process began in Nov. 2021.

Baker told the Council that the agreement states that the land will be zoned R1-8, a single-family residential zone. Lots within the subdivision will vary from around 8,500 square feet to 21,000 square feet.

The agreement includes a contribution into the Tooele City Parks fund of $250,000 and a $250,000 donation for affordable housing.

The agreement also includes a trail system to potentially be taken over by the county, fire and police services surveys, along with water, sewer, and storm drain surveys.

The only concern is that of the Mosquito Abatement District, according to Baker, so after approval by the City Council, the annexation will go to the Boundary Commission for final approval.

At the end of the meeting, the Council voted to approve the annexation 4-1, with the opposing vote coming from Tony Graf.