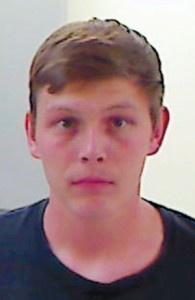 The obstruction of justice charge was amended from a second-degree felony as part of a plea deal with the state. Coffey, 19, who now lives with family in Texas, did not appear in court but was represented by his attorney, Stephen Howard.

A graduate of Stansbury High School, Coffey and a 17-year-old SHS senior, arranged to meet for a fight over a girl that began on Twitter and spilled over into the real world on April 26, 2014.

Coffey was accompanied by his cousin, Larry Beach, and two friends; the SHS senior brought several friends, including Horowitz, according to a report from the Tooele County Sheriff’s Office.

The fight took place just after midnight at Stansbury Elementary School. Coffey and the SHS senior fought and the two were separated, according to the police report. Beach insulted Horowitz as the groups separated, causing Horowitz to punch him in the face.

A second altercation ensued, with Beach stabbing Horowitz multiple times with a knife he brought to the fight, according to the report. While Horowitz’s friends called 911, Coffey drove Beach and the two other boys away from the scene.

On the drive back to their homes, Beach and another of Coffey’s friends threw their knives out of the car, the police report said. Coffey dropped off the two friends at their homes, then returned to his home with Beach.

Deputies from the Tooele County Sheriff’s Office arrived at Coffey’s home hours later and arrested Beach and him, the report said.

Coffey’s guilty plea will be suspended for 24 months and he will be required to pay a court fee of $250. If Coffey has no violations of the law during the two year span, the charge will be dismissed.