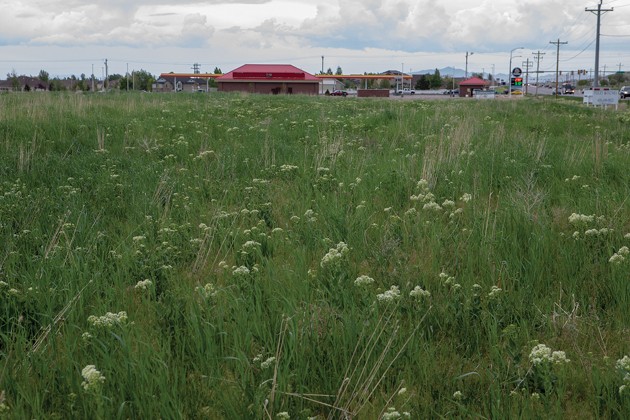 The Tooele County Planning Commission recommended a rezone for this property south of Holiday Oil on Bates Canyon Road.

The Tooele County Planning Commission approved a request to rezone 2.78 acres south of the Holiday Oil gas station at Bates Canyon Road from neighborhood commercial to commercial shopping during its meeting Wednesday night.

Jeff Miller, Tooele County planning staff, reported to the planning commission on Wednesday night that engineering plans for improvements to west Bates Canyon Road have been completed by Ensign Engineering for the county and funding has been set aside for the project.

The county is waiting for Rocky Mountain Power to move the power poles on the south side of the road before construction can begin. That may not be until next spring, according to Miller.

Lassley presented the planning commission with a traffic study that was completed in 2012 when the property was first rezoned for commercial use.

The study concluded that at the highest commercial use the traffic generated by the property would not significantly impact Bates Canyon Road and recommended no mitigation of uses, according to Lassley.

The rezone from commercial neighborhood to commercial shopping would not significantly change the traffic, according to Miller.

The planning commission unanimously voted to recommend that the County Commission approve the rezone request.