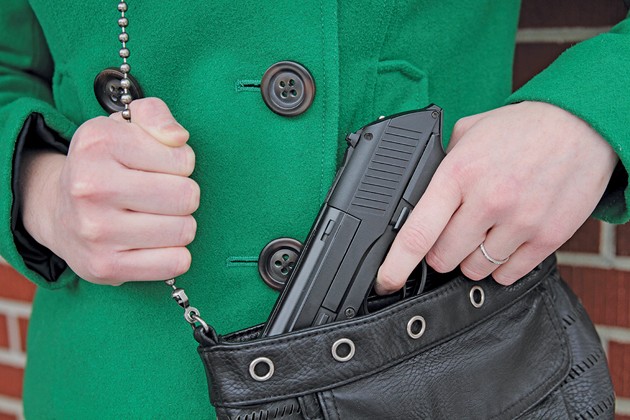 The State Legislature approved a bill that will eliminate the need for a concealed weapon permit in Utah.

February 18, 2021
Concealed carry without a permit

On Feb. 12, Gov. Spencer Cox signed a bill that will allow state residents that are 21 years old or older that may lawfully possess a firearm to carry a concealed weapon without a permit. House Bill 60, sponsored by Rep. walt Brooks, R-St. George, was passed by the House with a 54-19 vote and by the Senate with a 23-6 vote.

In the House, Rep. Doug Sagers voted for the bill and Rep. Merrill Nelson opposed the bill. In the Senate, Sens. Dan Thatcher and Scott Sandall, who represent parts of Tooele County, voted in favor of the bill.

This bill will go into effect on May 5.

According to concealednation.org, Tooele County is the second most heavily armed county in the United States per capita with 59.1% of individuals living in the county owning one or more guns.

Fairbanks Borough in Alaska stands at number one, according to concealednation.org.

The passing of this bill has left some residents with questions and misinformation.

The bill will allow an individual who is 21 or older to carry a concealed firearm in public areas without a permit, according to Utah Highway Patrol public information officer, Nick Street.

Until this bill goes into effect onMay 5, 2021,  individuals wanting to conceal carry need to have a permit. After that a permit is no longer required, but permits will still be available.

Individuals can still renew their CFP permits or obtain a new one.

“You can still go through the process to obtain a permit after May 5,” said Street. “Utah has reciprocal agreements with 36 other states that recognize Utah’s permit in their state. If you choose not to get a permit in Utah and you travel to a state that requires a permit to carry open or concealed, then you are subject to the laws of that state. Additionally, federal law requires a permit to concealed carry on school grounds.”

Individuals wanting to obtain or renew their permits will still have to pay fees, according to Street.

“All fees previously incurred to obtain or renew a CFP are non-refundable,” he said.

According to proponents of HB60, Utah is the 17th state to allow concealed carry without a permit.