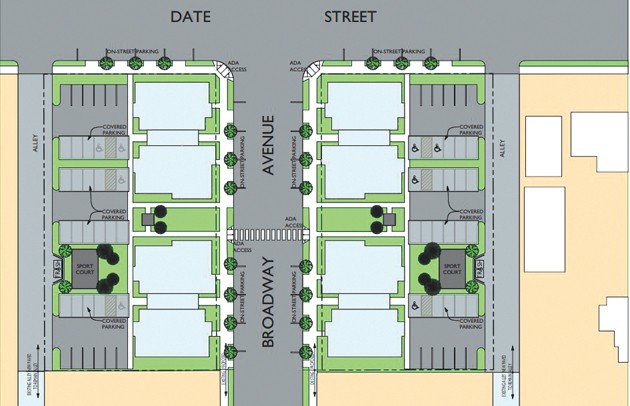 A conditional use permit for apartments on Broadway Street in Tooele City was approved during the Tooele City Planning Commission meeting on Jan. 13.

Chris Sloan, a planning commission member said that he is thrilled that something will be done with the property.

“We are thrilled to finally see some progress in that part of town,” he said. “They’ve been talking for a really long time about what they were going to do in that area. It was just talk for the longest time. The fact is, we need housing and that has the potential to be much more affordable than a lot of the single-family units that we see in Tooele City. So, it fills a great need both in housing and with the ascetics of that area and neighborhood. It’s our hope that this is just the start of new things happening in New Town”.

Andrew Aagard, planning and zoning administrator presented the request for the apartments by America West Investments.

The potential apartments would be located at the old Broadway Hotel building and directly across the street, according to Aagard.

“This application involves properties located South of the intersection of Date Street and Broadway,” Aagard told the commission. “They are located on each side of Broadway Street.”

The Broadway Hotel, at 145 N. Broadway Street, was torn down in December because of damage from a fire on July 5, 2020.

Aagard told members of the commission that they would not be reviewing the site plan during their meeting, but they would be approving the use of multi-family dwellings at the location.

“The site plan will come before the planning commission at a future meeting,” he said.

The two locations that the applicant would like to build four apartment buildings add up to 1.35 acres.

This means that each building on the two locations would have about five units.

Previously, American West Investments wanted to create 32 units between the four buildings but Aagard said that the MU-B zoning district would only allow for 21 units to be built between the two properties.

“Thirty-two units does not comply with the mandates of the zoning district,” said Aagard.

During the meeting, a public hearing was held and a comment was made by a member of the public.

Phillip Montana said that he was concerned about the amount of cars that would be traveling to and located at the two locations.

After Montana finished giving his comment, Aagard told members of the commission that apartments are required to have adequate parking, which included two parking spaces for each dwelling unit and guest parking.

The project still needs several other approvals and will need to go before the City Council.

“Hopefully at that point they will start moving dirt and get things moving forward,” said Sloan.