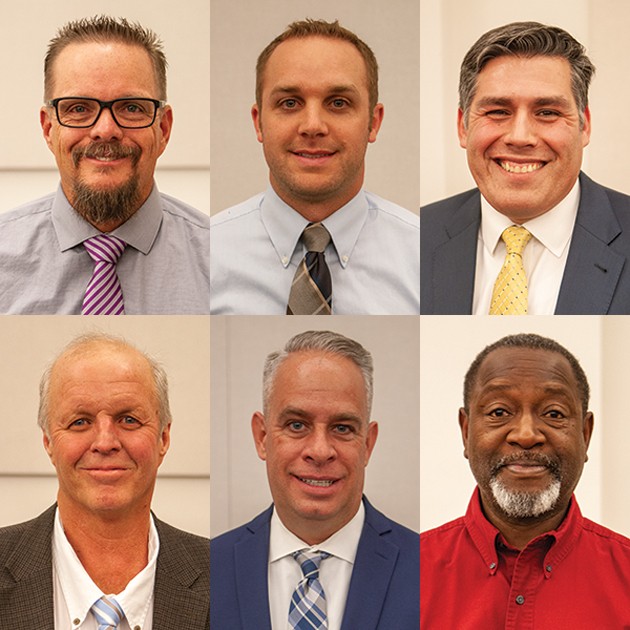 The six candidates vying for three seats on the Tooele City Council in next month’s election took to the podium Monday night at Tooele City Hall during a “Meet the Candidates” forum.

During Monday’s forum, the candidates introduced themselves, their platforms and potential solutions to important issues they believe would improve Tooele City, and Tooele County at large.

McCall took to the podium and spoke about the city’s water supply and transportation.

“One of the most important things that this valley needs to be concerned with is water,” McCall said. “I’ve mentioned water before and I will continue to mention it until the day I die. Without water, you can’t function. [The council] made a pact years ago that we would not entertain any company that was a high water-use company because we knew potentially there could be a problem with water. We have not sought anyone that was a high water-user for Tooele City.”

“Because we know that in 20 years, Tooele City is going to have a population of roughly 80,000 people … right now we are trying to get more transportation to come to the city,” McCall said. “If we get the Utah Department of Transportation to bring the [state Route 201] around the mountain to connect with Droubay Road, that will be a great thing. That will give us another exit out of Tooele.

“Most of the citizens in Tooele City commute to Salt Lake and when I talk to UDOT, that’s what I’m always thinking about,” he said. “I was not happy with the addition of that third lane coming off of Interstate 80. I told UDOT, ‘it was already hard enough pulling out McDonald’s in Lake Point and going north and you added a third lane. You want someone to lose their life.’”

Anderton said it’s important to prepare Tooele City’s resources to include infrastructure and water supply, to accommodate future growth, as well as using future growth in the valley as a motivator to find a supplemental means of water acquisition.

“My platform is simple: we can do better,” Anderton said. “Our infrastructure really needs some help. I spoke with Tooele Public Works Director Steve Evans the other day and I asked him where we’re at on our sewer and its capacity and he said that we’re at about 70% right now. We can handle 3 million gallons a day and we’re taking in about 2.1 million a day. Now is the time to be looking to the future before we get into a situation where we can’t handle the waste that’s being sent down the pipe.

“This year, we purchased water from the Settlement Canyon Irrigation Company,” Anderton said. “We need to get to the point where we can’t use that as a fallback. We need to look ahead and develop resources within our valley if we can, and if not, we need to look for resources further out on the outskirts of the valley.”

Brady said that his top priority as a candidate is the budget and that he’ll also focus on fixing the city’s parks. He wants to implement an active transportation plan in the parks to promote a healthier society, to include more trails and means of exercise.

“I’ve spoken with many citizens. I think this is something that they agree with,” Brady said. “I feel like we definitely need to improve our budget. The tax increase should have never happened that way. We should have made changes well before that and we could have prevented the tax increase from happening like that.

“I’ve been reading the budget, I’ve read the line-item budget and I have ideas of where we can save money,” he said. “I also think we need to improve our parks. There’s parks in our community that haven’t been upgraded since I was a little kid, for example the Dow James park … We need to make changes so that we can use utilize the park tax more appropriately to improve our parks.”

Hansen also stated that the Tooele City budget is his top priority, citing his experience balancing a budget as a small business owner.

“I see ways that things can be better with the money that we already have,” he said. “Tax increases are far apart for all of us to take. The city tax has gone up, the county tax has gone up, and the schools are even wanting more money with their bonds. My taxes have gone up four-fold in the last 25 years. We need to figure out a way that we can be better with our money and do the right things with the money that is available.”

Gossett said that his focus is on public safety, addiction and recovery, having served Tooele Valley running an addiction recovery program and founding the Life is Worth Living foundation in 2014.

“Public safety will always be my highest priority,” Gossett said. “I’ve stated before that public safety is the reason government exists.”

Gossett then added that public safety is crucial to protect the life and liberty of the residents of Tooele City, proposing that more police should be hired.

As a small business owner for 26 years, Gossett offered his support for local businesses.

“Local businesses are the lifeblood of Tooele City,” Gosset said. “They pay a higher tax than we do and that money foots the bill for quite a bit of what we need. One thing that has been frustrating to me is our local sign ordinance. It’s been pretty restrictive and has made it hard for small business to succeed out here. So much so that we have the only Chamber of Commerce in the state that doesn’t have a sign to locate the building and I find that frustrating because the Chamber of Commerce is there to help businesses succeed but they can’t even get a sign to locate the building. I think it’s important to keep businesses and business owners in mind as we revise ordinances.”

Graf said improving public safety in the city is one of his top goals.

Graf also shared his intent to revamp the city budget and ensure that taxpayer money is not wasted.

“When I see tax dollars spent, I see an eldery couple with fixed-income,” Graf said. “That is their money. When I see what we have for taxes, I see a single mother who is barely making it. That is her money. I think of a small family struggling. That is their money. It is hard for them to pay taxes. It is my duty to make sure that every spending decision I make makes sense. I’m also committed to working with other members of the city council. If we don’t work together and if we don’t get along, we will accomplish nothing.”

A video with the candidates’ full remarks can be watched on Transcript Bulletin’s Facebook page. The forum was hosted by the Tooele County Civic League under the General Federation of Women’s Clubs.