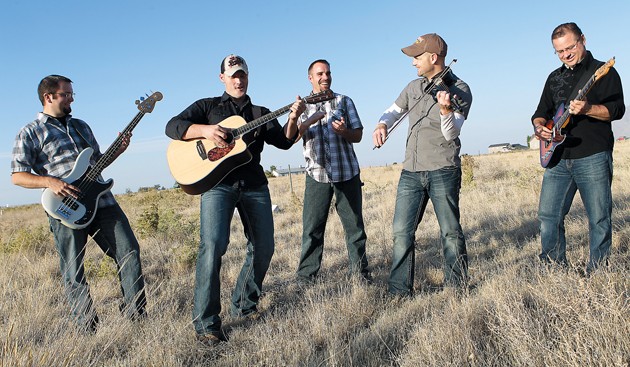 With big-name headliners such as Montgomery Gentry, Trace Adkins and Clint Black, Country Fan Fest has all the makings of a national event.

But while the concert’s promoter hopes to draw fans from everywhere, event spokesman Jason Stark said they also hope to make the July 24-26 music festival at Deseret Peak Complex a local event.

“This is a Tooele festival,” he said. “Obviously people will come from all over, but that’s what we want to resonate, that Country Fan Fest is a Tooele event.”

If not, Stark said, Country Fan Fest will not move to a different location; the festival will simply cease to exist.

As a gesture to show their interest in appealing to the local fan base, Country Fan Fest is offering a 25 percent discount to county residents who purchase general admission tickets using the TooeleRocks promo code.

Ticket prices currently start at $55 per day or $135 for all three days, but prices are set to increase soon as the July 24 festival kickoff nears, Stark said.

Tickets include admission to each day’s back-to-back concerts, free parking, free swimming, and free all-day festivities such as fireworks, mud bogs, games and tournaments and even a “rainbow run” for athletes who want to deck out their running attire with brightly-colored chalk.

Campsites, which start at $150, come with free showers and amenities, free shuttles to the event, a special pre-festival campground concert on Thursday and free after parties each night of the festival.

So far the festival has sold 3,500 tickets and given away another 3,500 through promotional efforts, Stark said. He said he expects to see the number of tickets sold double just before the event, bringing daily attendance to an estimated 6,000-10,000 patrons.

He said there are still plenty of general admission tickets available, but VIP tickets have nearly sold out.

Dillon Hurst, lead singer for Kindle Creek, said the band is excited to make an appearance during the country music festival.

“It’s the funnest show we play all year because everyone there is a country music fan,” he said. “Everyone there has come for the country music. They’re the truest of the true fans, and it’s a wild party, because they’re there to focus on the music.”

Hurst said Kindle Creek has been working on several new, original songs they hope to debut during their appearance at Country Fan Fest. The band puts a lot of time and energy into writing uplifting, inspiring music based on personal experiences everyone can relate to, he said.

“You definitely have to dig through your soul to come up with lyrics to these songs if you really want to connect with people,” Hurst said.

Kindle Creek played at last summer’s Country Explosion at Deseret Peak, and looks forward to seeing some familiar faces this summer. He said he was surprised by how many people came to last year’s concert just to hear Kindle Creek. The band spent two and a half hours signing autographs after their concert, he said.

Most of the bands selected for this year’s festival are artists who rose to fame during the 90s, Stark said. He said the lineup was selected according to fans who repeatedly requested concerts by old favorites they hadn’t heard for a while.

In addition to the headliners, Stark said the festival will also feature numerous appearances by smaller, up-and-coming artists, including Kelsea Ballerini, whose new single “Love me Like you Mean It” topped the country music charts just this week.