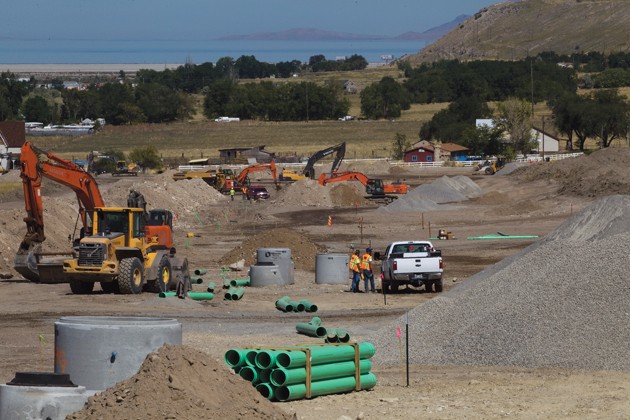 The Tooele County Commission approved an amendment Tuesday to the Saddleback development agreement that will add nine parcels totaling 55.36 acres to the development.

All nine parcels are in what Chris Robinson, Saddleback’s developer, calls the Pastures area, which is west of the Union Pacific railroad line in the Lake Point vicinity. The parcels include the former S&W Trailer Court.

Two weeks ago during a public hearing on the proposed amendment, Robinson asked for 1,500 acres to be added, including 1,390 acres in Pole Canyon and near Bates Canyon Road.

Robinson said he withdrew those properties from the amendment to give time for further study of their inclusion in Saddleback.

The agreement allows an average density of one house per acre on the now 2,640 acres covered by the agreement, but allows for lots as small as 8,000-square-feet in exchange for designating half of the total land as open space.