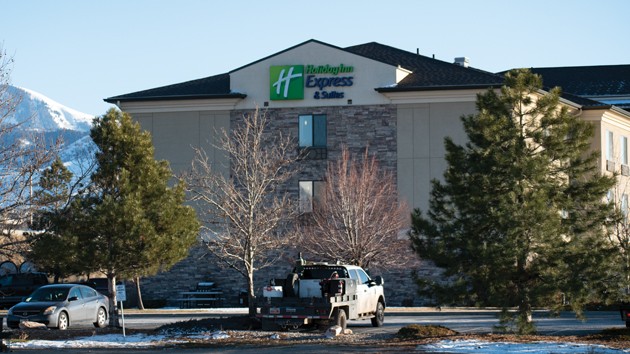 The Holiday Inn Express in Tooele City on Feb. 19, 2020. The Tooele County Commission is considering raising the tourism tax charged for hotel rooms in the county from 3.5% to 4.25%.

The tourism tax on a hotel room in Tooele County may increase to 4.25%.

The Tooele County Commission considered an increase from 3.5% to 4.25% for the transient room tax, the maximum rate allowed by state law, during its Tuesday night meeting at the County Administration Building.

The transient room tax goes into the County’s tourism tax fund. It can only be used for tourism related activities, according to state law.

The transient room tax is one of two taxes that generate revenue for County tourism. The other is a 1% tax on restaurant food, above and beyond the regular sales tax.

Milne said the increase in the transient room tax has been run by local hoteliers and the Tourism Tax Advisory Board.

“None of them balked,” he said.

In 2018 the County Commission also agreed to allocate $1.7 million of tourism funds to Country Fan Fest over a four-year period.

About $225,000 is budgeted to be transferred from the tourism fund to the Deseret Peak Fund to help pay for bonds for Deseret Peak Complex, including the building of the convention center addition to the indoor arena.

Tuesday night’s County Commission meeting was the first reading of the resolution to increase the transient room tax. It will vote on the increase at a subsequent meeting, according to Tooele County Commission chairman Tom Tripp.