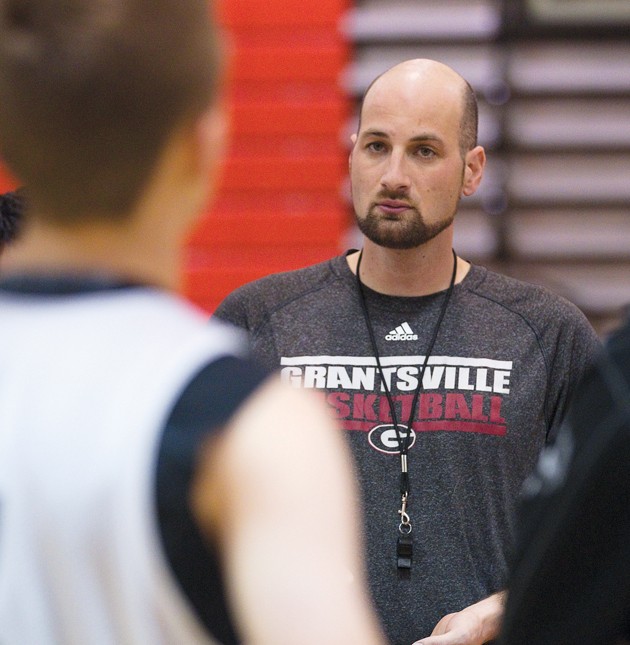 Or at least, we definitely thought the team wouldn’t be nearly as good as the award-winning pulled-pork sandwiches. Speaking of food, with the recent addition of Hometown Pizza’s culinary works of art, we’ve found ourselves at odds over who gets to cover Grantsville basketball games.

Oh right, I was writing about basketball.

So like I was saying, we weren’t sure how good the boys team was going to be. We picked the Cowboys to win the region last year — before we saw how good Ben Lomond, or how fiesty Bear River were — and they tanked hard, only making the state tournament because Stansbury was so bad.

The kids in the returning talent pool are respectful and well-raised boys, but we admit we didn’t think they would amount to much of a basketball team without their departed comrades.

But when I walked into the gym last week, I wondered if I had somehow been transported to a high school in Wisconsin — all the kids were tall, muscularly built and playing above the rim.

What happened to skinny little Trevor Colson, he couldn’t possibly be the kid who just picked a rebound off the white square on the backboard.

Where did the skinny Kyle Peterson kid who played center field for the baseball team go? Oh wow, football weight training turned him into a guard who could deal with the bulk of some power forwards.

And where did the rest of these kids come from, like that curly-haired kid who just dunked or the stocky kid who just hit a step-back baseline jumper?

Well, I guess this means head coach Bryan Detweiler has made it so there will be more to be excited about than just the food in Grantsville this basketball season.

Tavin Stucki is a sports writer and food enthusiast from Midvale, Utah, who hasn’t found a sport he doesn’t like. He has, however, found many foods he hates.