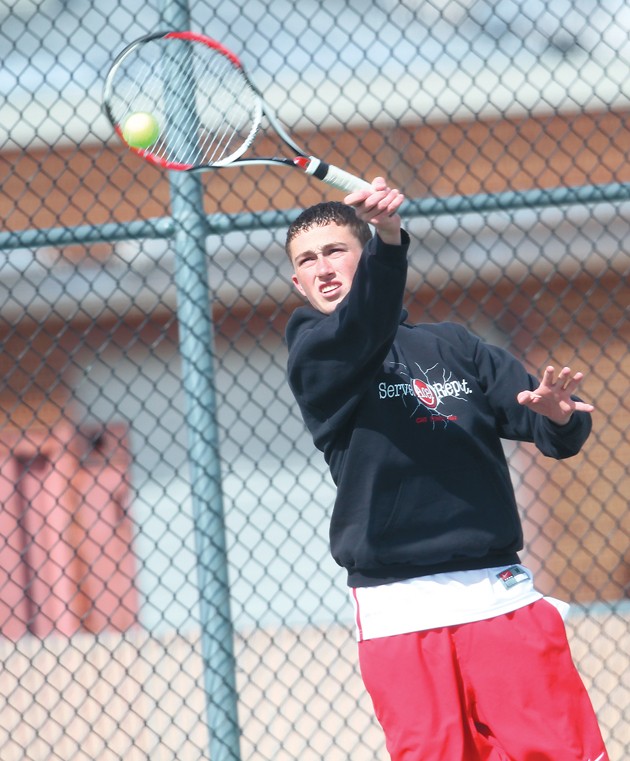 “I’m still looking to find the right combinations for both our first and second doubles teams.  We really need to get better at doubles; right now I’m a little nervous about it,” Thurgood said.

Grantsville defeated Ben Lomond 3-2 Thursday in Ogden with easy victories in the three singles matches, but losses in the two doubles matches.

Doubles matches were close, but not in favor of the Cowboys.

Tanner Elsholz and Jacob May rolled in their first set at first doubles winning 6-2, but then dropped the next two sets 4-6, 5-7. Matthew Waldron and Lane Sutton lost at second doubles 3-6, 5-7.

If the Cowboys can find the right combinations at doubles, they should challenge to win the Region 11 crown with Ogden as the major challenger.

Grantsville faces a challenging schedule the rest of year with Bear River at home today weather permitting. State title contender Juan Diego is scheduled to play at Grantsville on Thursday, and then the Cowboys travel to Logan on Saturday for an invitational. Grantsville plays at Stansbury April 23 and at Ogden on April 30.

The Stansbury High School tennis team improved its record to 6-1 overall and 2-0 in Region 11 with a 4-1 victory over Clearfield Thursday.

Freshman Colton Christiansen led the way for the Stallions at first singles with a hard-fought three-set tiebreaker win 6-3, 5-7, 7-6 (7-4).

Stansbury’s second doubles duo of Alex Kimberling and Dakota Fidler started hot, but cooled off and lost their match 2-6, 6-2, 6-2.

The Stallions will soon look to knock Ogden and Grantsville from the Region 11 perch. Stansbury was scheduled to play at Ogden today and at Grantsville Tuesday, April 23.