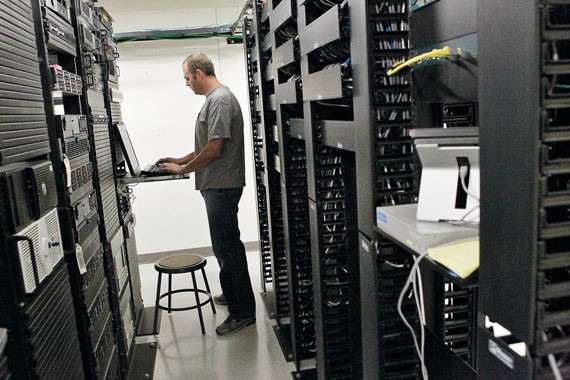 Staff layoffs and department reorganizations continued at the Tooele County building last week as county commissioners attempted to shore up a budget facing a $4 million shortfall.

“I was hoping this would be the last round of cuts, but we may have some more coming once we look at where things are following these reductions,” said Jerry Hurst, Tooele County Commissioner. “The last two weeks have just been awful. I hope I never have to do something like this again.”

Last week, Vern Loveless, who has served as the Tooele County Engineer since December 2007, was notified that his position will be eliminated as of the end of September.

“We aren’t legally required to have an engineer,” said Hurst, adding the county doesn’t currently have an engineer on staff. “We will contract out for engineering services.”

“I guess we’ll have to rename the department because it doesn’t have an engineer anymore,” said Hurst.

The six-employee emergency management department will also cease to exist as a separate department and become part of the county health department, Hurst said.

Emergency management director Kari Sagers, who has put in 28 years working with Tooele County, will retire.

Stephen Smith, who was the computer systems administrator for emergency management, will split his time between emergency operations and the county’s information technology department to replace a full-time IT staff member who voluntarily left.

The county’s 2012 budget contains a line item for $714,216 in emergency management assistance. The purpose and function of the county’s $6 million Emergency Operations Center will remain unchanged. Built in 2009 with $2.5 million in county funds, $2 million from CSEPP funds, and $1.5 million in other grant money, the building houses the emergency operations staff and county dispatch center, and is designed to be the command center for local emergencies.

The layoffs have also hit the parks and recreation department.

Hurst said commissioners knew three years ago as they saw revenue shrink during the recession, and with CSEPP funding and mitigation fees from hazardous waste decreasing as Deseret Chemical Depot prepared to close, that times would get tough. A decline of CSEPP revenue from $2.8 million to $1.2 million, and a drop in mitigation fees from the DCD from $500,00 to $125,000 were included in the 2012 budget.

“We started three years ago with a soft hiring freeze, then we stopped all new equipment purchases,” said Hurst. “And then we went to a hard hiring freeze.”

Although recent cuts have only affected a few county departments, Hurst said that all departments have felt the effect of lower revenue and staff reductions.

“With our hiring freeze, all departments have seen a reduction in staff,” said Hurst. “They have all lost employees either through retirement or people leaving voluntarily that have not been replaced.”

The budget cuts of the last two weeks were precipitated by revenue for federal prisoners at the new county jail that did not materialize and an unexpected drop in mitigation fees, primarily at EnergySolutions’ Clive operations, Hurst said.

Revenue from jail fees has not reached last year’s $149,000, but the 2012 budget projection for jail fee revenue was $2.3 million. Mitigation fees for operations in Tooele County’s West Desert, including EnergySolutions, were budgeted for $5.7 million but have only reached only $2.2 million.

Hurst and his fellow commissioners remain committed to balancing the budget without raising taxes.

“We held a hearing last year on a proposed tax for municipal type services,” said Hurst. “The members of the public at the meeting felt very strongly that they would rather see reduced services than increased taxes, and we heard that.”

In addition to last week’s budget cuts, two weeks ago commissioners announced budget cuts that included eliminating the three-employee economic development department, laying off all surveyors other than elected county surveyor Doug Kinsman, and eliminating 22 positions in the sheriff’s office.