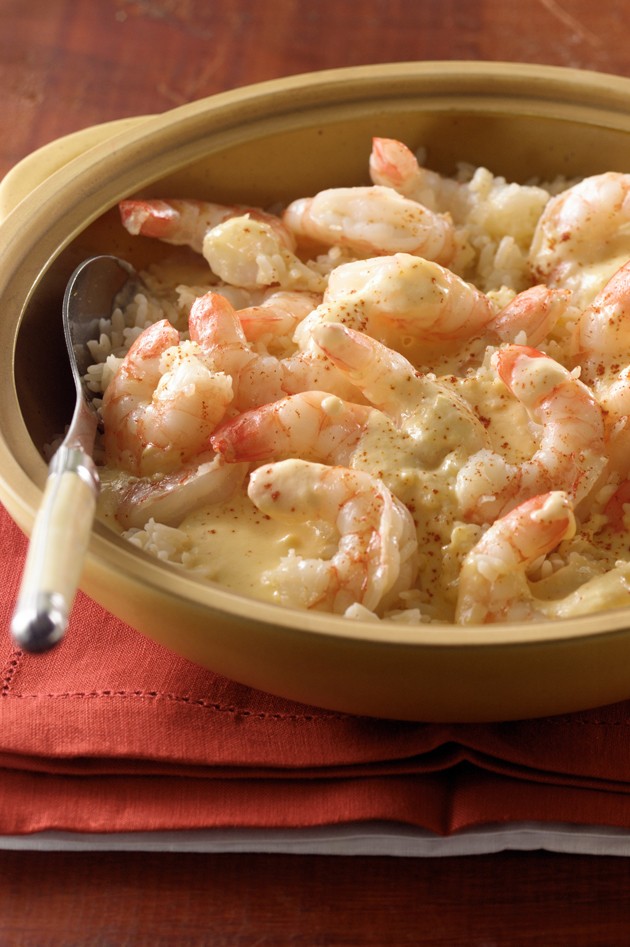 The story behind Lobster Newburg, a dish of lobster meat in a sherry cream sauce, is so closely linked to Delmonico’s restaurant that they should be told together. From the early 19th century until 1923, Delmonico’s was the place where New York’s rich and powerful stuffed themselves with 12-course meals drenched in complicated sauces. The man who ran the kitchen was Charles Ranhofer, a French-trained chef who had cooked for royalty when he was still a teenager. At Delmonico’s, Ranhofer had an unlimited budget and an army of cooks to keep up with the orders. The menu was seven pages long, but if a guest wanted something special and could pay for it, Ranhofer served it.

In 1876 Ben Wenberg, a wealthy sea captain who frequented Delmonico’s told Ranhofer about a way to cook lobster with a secret ingredient. Under Wenberg’s supervision, the lobster was prepared with cream, butter, sherry, egg yolk and a pinch of cayenne, the so-called mysterious ingredient. The dish turned out to be such a hit that it was named Lobster Wenberg and added to the menu.

Months later, after an argument over something trivial with owner Charles Delmonico, Wenberg was banned from the restaurant and his lobster was taken off the menu. That would have been the end of Lobster Wenburg, except customers kept asking for it. Delmonico, who kept a close watch on the bottom line, had no choice. The lobster went back on the menu, but still peeved, he reversed the letters “W” and “N” Wenberg, making it “Lobster Newberg”; years later it was changed again to “Newburg.”

The cream sauce, which works well with fish cakes made from other shellfish, makes the dish. In the interest of our own bottom line, we followed Ranhofer’s recipe but substituted shrimp for lobster. It was wonderful; we know why the clientele at Delmonico’s made such a fuss when they couldn’t have their Newburg.

At Delmonico’s, the kitchen might have served Newburg over toast cut into triangles, but rice works just fine.