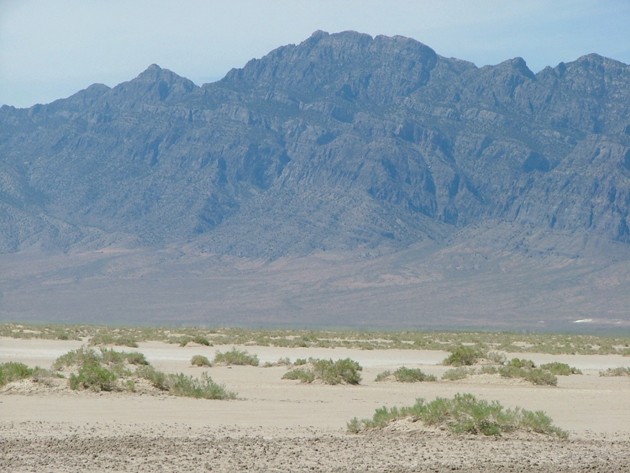 George Chorpenning The type of terrain, desert and mountain, that Chorpenning would have had to cross without maps or trails of any kind. How he did it is a wonder and mystery especially without being killed by Indians.

“Exploration is really the essence of the human Spirit”

Back in the mid to late 1850s, scouting out the trails west of Salt Lake City was probably as exciting as it was for Frank Borman and the other astronauts who circled the moon on Apollo 8. Both endeavors required bravery & courage and offered the prospect of discovering things yet unknown.

When most people think of trails west of Salt Lake through Tooele County, images of the Pony Express come to mind and all the wild and crazy adventures that go along with that amazing moment in time.

There were however intrepid pioneers who carved out the route the pony riders would eventually follow. Trailblazers like iron man pioneer Howard Egan, Cpt. James H. Simpson and the man who oftentimes receives very little credit but probably did as much if not more work than the others — George Chorpenning.

Back in the days before the pony riders, the mail was carried across the desert and mountains on the backs of mules. This mode of transportation was known as the “Jackass Mail”.

Men brave enough to sign on with Mr. Chorpenning to take the mail through the vast unknown and barren wastes of Utah’s west desert and the Great Basin of Nevada were guaranteed their fair share of adventure, excitement, and danger.

Chorpenning’ s adventures in the west began when he got gold fever and traveled across the continent from his home in Somerset, New York to the goldfields of California in 1850.

He was unsuccessful in his quest for gold but he soon discovered that he could potentially make a fortune by carrying mail and correspondence between the California settlements and the rest of the Country back east.

Therefore, he lobbied for and received a government contract to carry the mail between Sacramento and Salt Lake City in 1851. He did this by carrying the mail on the back of mules and that is how the operation gained its nickname as the “Jackass Mail.”

Chorpenning kept various mail contracts with the US Government to carry the mail between Salt Lake City and Sacramento, California for nearly 10 years from the early 1850s to 1860. His route covered a country that was far from civilization where there could be no expectation of military protection or assistance of any kind out in the utter wilderness.

Hundreds of miles of sagebrush, broiling summer heat, undependable water sources, alkali dust and hostile Indians are what the men faced in the summertime. In the winter, blowing snow that drifted knee/waist deep in some of the mountain passes and then over 50 feet deep in the Sierra Nevada Mountains are what greeted the men of the “Jackass Mail”.

Men on snowshoes, such as the famous “Snowshoe Thompson,” would take the mail over that mountain obstacle in the winter. It’s a wonder these men didn’t get lost as there were no trails other than the ones they blazed to follow but as Snowshoe Thompson once stated “It’s impossible to get lost in a range as narrow as the Sierra if a man keeps his wits about him.” These men were hard core, incredibly driven and tough. Thompson stated that when he would get cold up in the Sierra at night, he would find a rock sticking out of the snow and dance on the rock until morning to keep warm.

The mail was carried across the Great Basin once a month in the early 1850s and a 16-day crossing was considered to be a speedy delivery.

I had heard a snippet here and there about Chorpenning over the years. Every time I found a story or book covering the Pony Express trail in Utah or Simpson Springs in particular, his name was mentioned in passing. I had never found any detailed information on the man or his endeavors until last week. I was sitting in the downtown Salt Lake City library, taking a break from my work, and I decided to get up and peruse the local history section. I found a very interesting old book that was written in 1932 called “The Pony Express” by Arthur Chapman – published by A.L. Burt Co. NY, Chicago.

I always love to read these old works that were written closer to the time because there were actually a few men still alive who had known some of these larger-than-life figures who conquered the frontier and tamed the old west.

Many of these books have to be taken with a grain of salt because they tend to sensationalize and romanticize events to an extraordinary degree in some instances. That being said, the feats these men accomplished back in the Great American Desert of Western Utah were nothing short of extraordinary.

Mr. Chapman detailed one of the better-known tragedies the “Jackass Mail” suffered, the massacre of Chorpenning’s business partner, Captain Absalom Woodward and four other men as they were returning from California to Salt Lake City with the mail.

Chapman stated that as Woodward and his men were near the St. Mary’s River in what is now western Nevada, they were attacked by 70 Indians but were able to fight their way out of that encounter. A good distance east of that first encounter the party was attacked again by 200 well-armed Indians. Cpt Woodward and his men were not so lucky this time as Woodward’s men: John Hamilton, Harry Benson, a man named Kennedy and an Englishman named John Hawthorne were killed in the initial engagement.

Cpt. Woodward was wounded but managed to escape somehow with 2 animals. Chapman claims that Woodward’s body was found the following spring in April 1852 near Deep Creek over 300 miles from the second attack where his four companions perished. There is much disagreement in the historical record as to where Woodward met his fate. Some reports claim it happened near Malad, ID. Still others claim it occurred near what is now Dugway Pass but that is highly unlikely. We will probably never know for sure. What is certain is that after the Woodward disaster, according to Chapman, Chorpenning was hard pressed to find any men to carry the mail. He didn’t want to lose his mail contract though so he decided he would carry the mail himself. He left Salt Lake City alone with the mail and a couple of weeks later by some miracle arrived in Sacramento, California.

Chorpenning had covered over 600 miles alone through hostile Indian Territory where no doubt the Indians were watching the trail. Chorpenning accomplished this feat by traveling at night, and spending days hiding in arroyos from the Indians.

Oftentimes he had to make detours into the sagebrush when danger was imminent. Chapman claimed that Chorpenning fought loneliness and was engaged in combat with the Indians on this trip.

He also experienced extreme exhaustion and much suffering from the elements. It is a wonder that he made it through alone without getting killed or lost in the wild Great Basin Desert but he did, and this superhuman feat saved his mail contract.

In next week’s article we will take a closer look at the Jackass Mail and the follow-on contracts Chorpenning had with the federal government that would later become the foundation of the Pony Express.

Jaromy Jessop has been a frequent contributing writer to the Transcript Bulletin. He enjoys sharing his enthusiasm for the West Deseret with our readers. Jessop grew up exploring the mountains and deserts of Utah and has traveled to all 50 states, U.S. Territories and a dozen foreign countries. He can be followed on Facebook at “JD Jessop” and on his Facebook group “American Tales & Trails.” Jessop retains the rights to his writing and photographs. His permission is required for any republication.