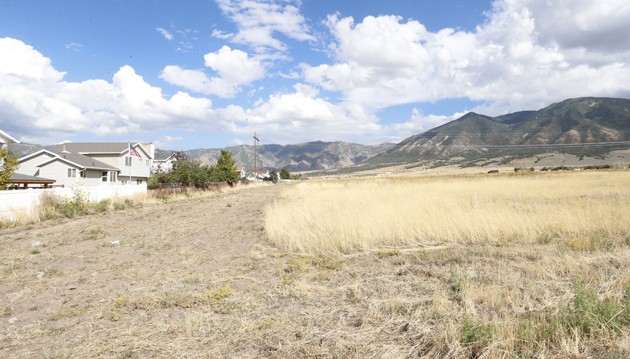 The Tooele City Council held a public hearing on Sept. 7 on a request to annex the proposed Canyon Springs Subdivision into city limits.

The subdivision includes 172 homes to be built off Droubay Road, south of the Carr Fork Subdivision.

Following the public hearing, the developer responded to concerns expressed about the development.

Howard Schmidt, who wants to develop the property, along with his partners, applied to annex the area last year. A meeting of the Tooele City Council was held to discuss the idea in December, 2021.

During the December 2021 meeting, some city officials expressed concerns about using city resources, such as water, on an area to be annexed into the city, which they said might leave areas already within the city without water for future development.

Other concerns included the impact on police and fire services, landscaping, water, sewer, and other utilities.

Schmidt came back to the city in 2022 with answers to the concerns, including engineering studies for water, sewer, storm drains, transportation, and impacts on the city’s other resources.

On June 22, 2022 the Tooele City Planning Commission met and recommended the city council approve the annexation as presented with a 6-1 vote. Paul Smith was the only commission member to vote no.

Jim Bolser, Tooele City community development director presented the potential annexation before the Council during the meeting on Sept. 7.

Bolser explained that the evening’s meeting would only include a public hearing and a decision would be made at a later date.

While addressing the Council, Bolser explained that most of the lots in the subdivision would be compliant with the city’s R1-7 zoning district, with a few of the properties falling into the R1-8 zone.

Due to the size of the lots, most would be large homes with three car garages.

In the proposed development agreement, the developer agreed to construct and install all water, sewer and storm drain improvements required for the subdivision, separate from any impact fees paid by the developer.

“We own rights for over 200-acre feet of water per year,” Brett Lovell, one the partners in the project, told the Transcript. “We own a lot of water…our water rights are already secured and in the city system.”

Each acre-foot of water equals over 326,000 gallons, or enough water to cover an acre of land, about the size of a football field, one foot deep.

A study by Hansen, Allen and Luce, an engineering firm recommended by Tooele City officials, found that there will be adequate water storage available to support the Canyon Springs development. The study also found that the development is expected to cause small reductions in pressure and available fire flow in the existing drinking water system; however, the system will continue to meet the criteria set by the Utah Division of Drinking Water and Tooele City.

The development will have limited grass areas to save water, according to Lovell.

The developers are also working with the Utah Department of Transportation to acquire the right-of-way on their south property line in an effort to ease traffic.

A traffic study by Hales Engineering indicated that the level of service at intersections near Canyon Springs would continue to be at an acceptable level, according to traffic engineering standards.

The development will include a seven-acre trail system that Tooele County may take over to maintain in the future.

“Our goal is that the trail system would connect all the way down to England Acres and all the way up to the foothills,” Lovell said.

Along with the trail system, developers will donate $250,000 to Tooele City Parks and Recreation.

“Our plan is to use that at England Acres Park but the agreement does say that the city has the discretion to use that for [any] parks,” said Justin Brady, Council chairman.

The draft development agreement of Canyon Springs Subdivision also includes a $250,000 voluntary contribution to be used for affordable housing purposes in Tooele County.

“We are adding a lot of benefits to the city,” Lovell said. “It’s a natural fit. We are surrounded by the city on two sides out of three.”

“With the property to the north, I believe this is a natural fit,” Brady echoed.

Before the public hearing took place, Brady read a few comments sent to the Council by email from concerned citizens.

“Tooele residents are already being asked to ration water and sacrifice their landscaping,” said John Williams.

During the in-person public hearing, Valerie Peterson, a resident of the Carr Fork Subdivision, said she is concerned about the police department’s resources and personnel being stretched thin from the increase of residents that will come with the new subdivision.

The Tooele City Council will vote on the annexation in a future public meeting.