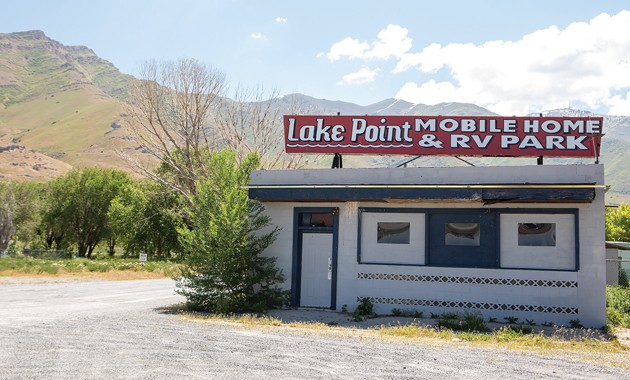 The owner of the former S&W Trailer Park in Lake Point has requested a change in Tooele County’s ordinance to help transform the area into a modern recreational vehicle park.

The Tooele County Commission heard the first reading of proposed changes to the county’s ordinance regulating recreational coach parks during its Oct.1 meeting at the Tooele County Building.

Chris Robinson, the developer of Saddleback in Lake Point and owner of the trailer park, requested that the county revise its ordinance governing recreational coach parks to allow spaces in an RV park to be rented for up to 150 days instead of the current 30-day limit.

The 150-day limit is needed during the off-peak season to make the RV park viable, according to Robinson.

Along with Robinson’s request, the County Community Development Department and the Tooele County Planning Commission both added a few proposed changes of their own.

The planning commission amended Robinson’s proposal to allow up to 40% of the spaces in an RV park to be occupied by the same RV for up to 24 months for workers in construction and professional services industries at the discretion of the park’s owner.

“I can see RV parks like this filling a need for temporary housing for workers,” said planning commission member Scott Jacobs.

County planning staff’s proposed changes included a minimum area to be set aside for common use in RV parks, a requirement that areas not covered by RVs be landscaped and maintained according to an approved plan, language that requires driveways to be hard surfaced, and minimum standards for road width in an RV park.

The planning commission recommended approval of the changes during its Aug. 8 meeting.