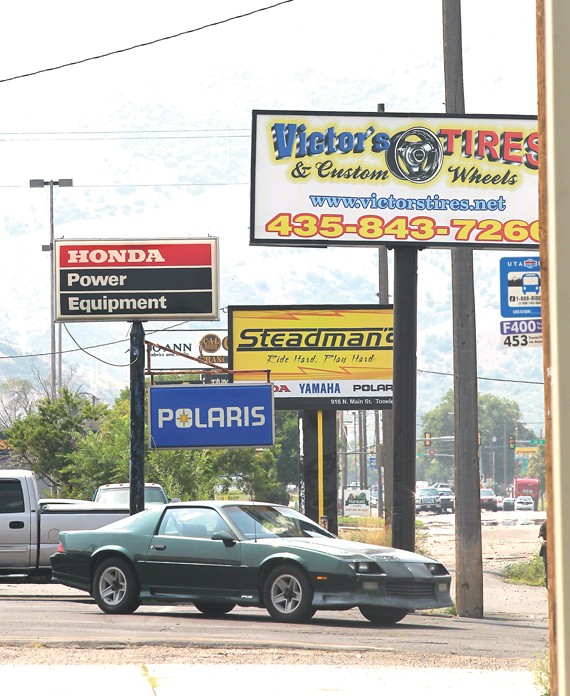 The Tooele County School District’s proposed tax increase is alarming some local business owners, who say the increase will force them to cut expenses, including hiring, as they scramble to find a way to cover the unexpected bill.

“Last year we paid $4,392 in property tax, and our notice for this year is for $5,298,” said Cliff Jennings, who along with his father and brother runs S. Jennings Racing, a company that builds high-end racing engines in the Tooele Commercial Park. “That’s a 20 percent jump in one year.”

Each year, a certified tax rate is approved by the state for each entity that has the authority to levy property taxes. The certified rate is the tax rate that will allow each entity to collect the same amount of tax dollars for the current year as it did in the previous year, not including taxes from new growth.

The assessed value of property in Tooele County as of January 1, 2012, went down from the previous year so the certified rate for taxing entities increased.

“However, while most residential property went down in value, most business and commercial property remained flat,” Lee said.

This year, if the Tooele County School District were to abandon the proposed increase and adopt the certified rate of .009204, the owner of a $150,000 commercial property would still end up paying $1,380, a 9.4 percent increase over 2011.

“That hurts,” said Jennings. “We will find a way to survive, but it will mean putting off hiring and finding other ways to reduce our expenses.”

The same combination of increased certified rates for all taxing entities and the school district’s proposed increase will affect homeowners whose homes did not go down in value, or whose decrease in value was less than average.

The school district’s proposed increase over the certified tax rate is expected to bring in an additional $2.1 million to the district over what the certified rate would have brought in.

By state law, the proposed tax increase requires a truth in taxation hearing, which will include public comment. The hearing is scheduled on Aug. 21 at 6:30 p.m. during the Tooele County School Board’s regular meeting at the district office at 92 South Lodestone Way in the Utah Industrial Depot. Following the public hearing the school board will vote on the proposed tax increase.