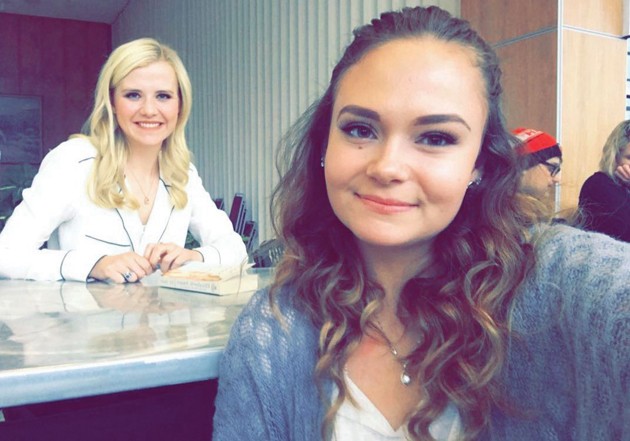 Recently I read a book by Elizabeth Smart called “Where There’s Hope: Healing, Moving Forward, and Never Giving Up.”  In this novel, Smart speaks about her journey being kidnapped, raped, starved, and abused. Throughout the book she interviews many different individuals who have differing backgrounds, religions, sexualities, and experiences. During these interviews, Smart asked them about their experience and how they have developed a sense of hope in the aftermath. This book really gives the reader an insight on how to survive similar experiences.

A little background about Smart: On a summer evening in 2002, 14-year-old Smart was kidnapped from her Salt Lake City home by a man with a knife, while her younger sister, in bed next to her, pretended to be asleep. During her kidnapping, Smart endured the most horrific, torturous events of her life at the hands of the man and his wife. She was rescued nine months later after two couples recognized her kidnapper on the news and called the police.

A few years after her abduction, Smart began public speaking about her experience and I had the pleasure of attending one of her speeches at the University of Utah in February of 2017. Since then, I’ve been a major fan of Smart’s work and her desire to help others overcome difficulties.

During my life I have faced many trials, as has everyone. For a long time, I became bitter and resentful towards the individuals who had done me wrong. I held onto the grief, baggage, and sorrow as tightly as I could, wallowing in my self-pity. Now, I know this sounds extremely morbid but holding onto all of those things offered me a demented, twisted form of comfort. It’s hard to explain but everyone deals with traumatic events in a different way and this was my way of offering myself some sort of life line to get through it but I quickly realized this was the wrong way.

After years of these happenings and events building up and me holding onto them, trying to relive every single detail, I finally reached my breaking point over one insignificant, minor event. Someone had done me wrong again! At this point, I was beginning to think that I was invincible — I could go through anything and walk through the fire and out the other side and live —but I wasn’t living, not really. I was just barely surviving.

This one minor inconvenience, one minor, insignificant individual, set me over the edge. After this event took place, I began driving home in tears. I had had enough! When I arrived home, I immediately went to the shed in my yard in search of a baseball bat. I was going to destroy something if it was the last thing I did!

I couldn’t find a baseball bat so I angrily ran inside my house and found the next best thing —  a golf club.

Now, please keep in mind, I am not an angry person. I have always been soft spoken, calm, and loving, just as the wonderful women in my life had taught me to be. I was a pleasant girl and I can certainly say that I am now, but at this time I was mad! I had had enough of people doing me wrong.

After I found the golf club, I went over to the speaker in my living room and turned on the angriest, loudest music I could find on the music app on my phone. I knew exactly what I was going to do.

I ran upstairs, taking them two at a time and slammed open one of the bedroom doors, where my childhood desk sat, untouched for years.

I immediately began thrashing the desk with the golf club, huge chunks of it flying off and hitting the walls. I beat that desk down. Let’s just say I took that entire desk down in a matter of a few minutes.

Now, as I write this I am laughing, because it seems so silly to me for me to direct all of my anger towards an inanimate object, but at the time it made sense.

After this event, I went to bed thinking that anger was the answer to all of my problems, because I felt so much better. This was until I woke up the next morning with the sorest hands I’ve ever had. I was literally having trouble opening and closing them because of the violent force of the golf club. I could barely function at work because I was having trouble grabbing objects.

This event caused me to change my perception on holding onto grief and anger when I realized that emotional pain can translate into physical pain, in more ways than one. It has been proven by doctors that being unwell emotionally can cause many health issues.

Now back to Elizabeth Smart. After she was kidnapped the night she returned home, her mother told her that the best punishment she could give her captors was to ‘be happy’ and move on with her life.

She said; “By feeling sorry for yourself and by holding on to what’s happened to you, that’s only allowing him to steal more of your life from you and he doesn’t deserve another second.”

These words really changed Smart’s life and I believe they can change ours too. Please don’t hold onto your hurt and pain so long that it causes you to break down.

Please learn how to move forward, whether that involves therapy, God, talking to a friend, or whatever healthy measure you can take that makes you feel safe. Please don’t allow yourself to suffer more, because you have suffered enough.

“When you are faced with a trial, don’t give up, don’t surrender. Move forward, because you never know the lives you will be able to touch,” Elizabeth Smart.