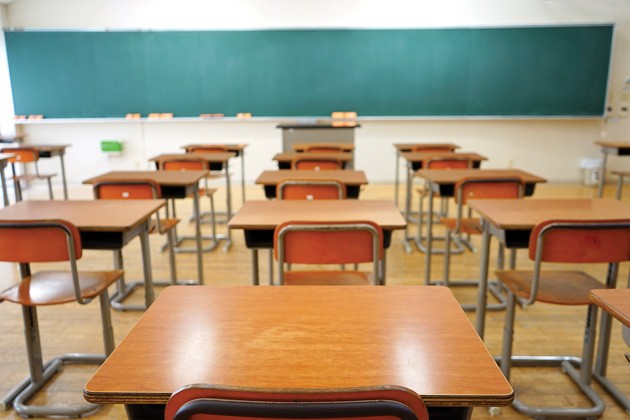 Editor Tim Gillie encourages readers to signup to substitute teach with stories about his personal experiences in the classroom.

Among the labor shortages reported in Utah is a lack of substitute teachers. Some school districts have offered cash incentives to substitutes that fill a certain amount of assignments in a month as a way of enticing their substitutes to take on a bigger workload.

Some schools have reported combining classes or having other school personnel cover for absent teachers.

When I first graduated from college with an education degree and a teaching license I worked as a substitute for about five years. It was an interesting experience and not nearly as scary as it sounds.

The pay was not good. If I worked every day of the school year I would earn about half of what a new full-time teacher was paid.

I worked almost every school day, largely because I was not picky about my assignments. I accepted almost every call, because I needed the money. I supplemented my income by working as a clerk at a drugstore. During the summer I worked at a Boy Scout summer camp.

I lived in Washington state at the time, near Olympia. There was a public school personnel cooperative that provided substitutes for the seven school districts in the county.

As I said, I was not picky about my assignments. My only restriction was I limited myself to junior high and high schools. I liked the idea that if I had a group of students that I didn’t like, I could say good-by to them at the end of a 50 minute period and start with a new group. I didn’t want to be locked up in a room with the same students for the whole day.

The substitute service would usually call in the early hours of the morning with a new assignment.

One morning I got a call – even though I never met the person on the other end of the phone we developed a relationship over the years of her calling at 5 a.m. This time she pleaded with me. None of her usual foreign language teachers were available and a French teacher at a high school had just called in sick. She asked if I would be interested in taking the assignment for just this one day. Sure, I said. I had two years of French in high school and the expectations were low here, everybody knew I wasn’t a French teacher.

I went. I followed the teachers’ plans.

One of the third-year students said my French wasn’t too bad, but I spoke French with an Italian accent.

Next morning I got a call.

“The French teacher is still sick and he requested that you come back,” she said. “I told him I have foreign language teachers available today, but he said he wants you again.”

And that continued every morning for the rest of the week.

One morning I picked up the phone and was asked if I would go to Oakville to teach science.

I had lived in this area my whole life, but had never heard of Oakville.

It was about an hour drive from where I lived at the time. It was a very small high school, maybe 200 students in grades 7 through 12.

After checking in at the office, I was told my classes would be in the science room.

“What’s the room number?” I asked.

“No number, just the fourth door on the right,” the secretary said.

I turned around and realized the entire school was one short hallway. Each room was labeled by subject, no number. There was one other short hallway that led to the gym and cafeteria.

One morning I headed to a high school to substitute for a science teacher that I had taught for several times before. I was familiar with the students and it was a comfortable assignment.

I got to the school and the secretary explained that they were having some kind of teacher training that day so they needed a lot of substitutes. Before I arrived the shop teacher called in sick. Finding substitutes for shop teachers apparently was difficult, so they reassigned me to the shop class, because finding another science teacher would be easier.

Nobody thought to ask me. Apparently the word got out that I was easy, after all this was the same school where I taught French for a week.

The secretary said the shop teacher had his grade/attendance book at home and would send it with lesson plans to school with his daughter.

I went to the classroom and waited. Students started arriving for class and I had no clue what we were doing.

The students told me that they just check-in and then they leave, because they are working on building a garage a couple miles from the school.

As the bell rang for the class to start, somebody walked in and handed me the gradebook with a white sheet of paper clipped to the cover.

“Period 1 and 2, advanced shop, take attendance and follow the student to the construction site,” it read.

It was a fun morning. They were putting the roof on the garage that they were building. I spent the first hour on the ground and then I decided to climb the ladder and spend some time on the roof with them.

I did have several long term substitute jobs. I taught health, my major, at a high school on a leave replacement contract for the second term one year. At the end of the year they moved a junior high teacher into that position and eliminated his junior high position.

The next year I taught physical science for the second term on another leave replacement contract at the same school. Unfortunately, the teacher got well and returned to teaching the next year.

I did a maternity leave job for a junior high school science teacher. I taught biology at a high school for one month for a teacher that accompanied her husband on a business trip to China.

So if you’re looking for some fun and variety, but don’t need to earn a life sustaining income, try substituting. Every day is different.

I have some notes that I made about some things I learned about teaching and substituting during those years. I’ve thought several times over the years about writing a book, maybe “Substitute Survival Guide” or “Substituting for Dummies.”

If you need help send me an email and maybe I’ll dust off the notes and you can let me know if they are any good — it has been almost 35 years since I last substituted.