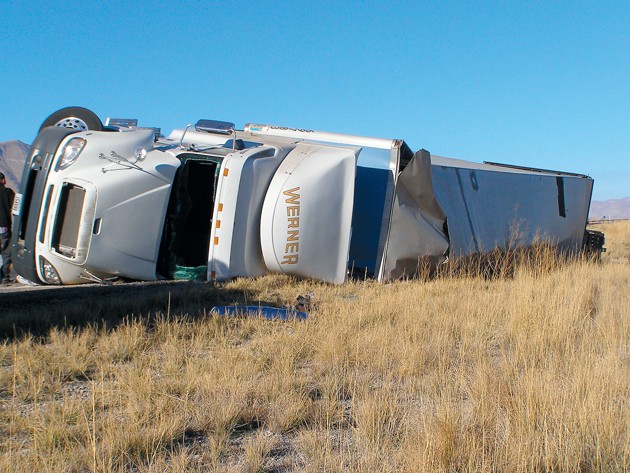 A truck carrying 32,000 gallons of wine caused traffic delays on eastbound I-80 near Grantsville after the driver fell asleep at the wheel and overcorrected, causing the truck to roll.

A truck carrying thousands of gallons of wine rolled on Interstate 80 on Tuesday, blocking a lane of eastbound traffic but leaving most of its load unscathed.

At about 5:30 a.m., the driver of a semi truck carrying 32,000 gallons of wine fell asleep at the wheel driving eastbound on I-80 near Grantsville and veered to the left, according to the Utah Highway Patrol. The driver woke up and overcorrected to the right, causing the truck to roll.

The driver, a 23-year-old man, was taken to Mountain West Medical Center for cuts, bruises and a broken arm, according to the UHP. Only some of the gallons of wine were damaged.

The wine was reportedly from California en route to the eastern U.S.

Traffic was bottlenecked in the right lane but was light at the time, according to the UHP. Both lanes were clear by 3 p.m., but were closed again between 6-7 p.m. while crews did additional cleanup.