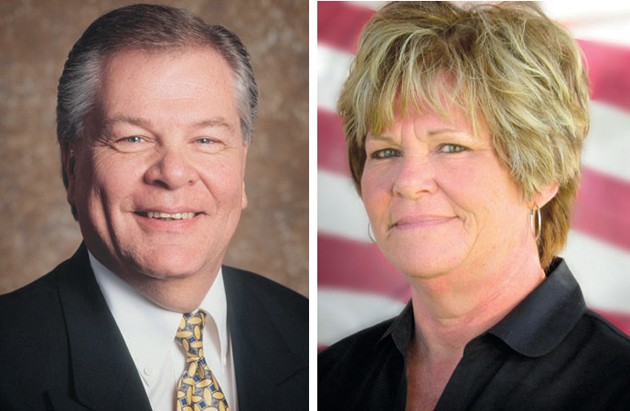 As a result of Monday’s recount in the Tooele mayoral race, the person who will face off against current Mayor Patrick Dunlavy in the general election has changed by a three-vote margin.

Unofficial results after the primary last Tuesday gave Dunlavy a clear lead with 767 votes. The No. 2 spot, which would also advance to the general election, was Dan Egelund, who held an 18- vote lead of 303 to 285 over Bracken.

After Monday’s recount, which included 188 provisional ballots and 62 absentee ballots that had not previously been counted, the fate of Bracken and Egelund reversed. Dunlavy maintained the lead with 908 votes, Bracken followed with 240 votes, and Egelund followed with 237 votes.

“I am sure glad my three children voted,” Bracken said when the new tally was announced by Tooele County Clerk Marilyn Gillette following the recount at the county building Monday morning.

“Dan Egelund could request another recount because the results are so close,” Gillette added. “He would have to notify the Tooele City recorder in writing within three days after the canvassing.”

“Mrs. Bracken will do a great job presenting the issues to the voters and I wish her all the best,” Egelund said. “It’s time for the incumbent to realize that he can’t just represent a slight majority of the population and expect everyone to be happy with his performance.”

Gillette said the last recount she can remember was in 2002 in a race for Tooele County clerk. Mike Worthington contended against incumbent Dennis Ewing and lost by 148 votes. The recount verified the 148-vote margin and did not change the results, Gillette said.

The 188 provisional votes in Monday’s recount were a little higher than usual, Gillette said. “They may have been a result of people moving or not having the proper ID with them,” Gillette said.

Provisional ballots are cast when a person shows up at a polling place but their name is not listed on the voting rolls for that precinct. The person is given a ballot and allowed to vote, but the ballot is not counted until after the election when it is determined that the person is a registered voter and did not already vote in the election.

A new law this year, passed by the state Legislature, required all voters to show identification at the polls. Provisional ballots were used for people without ID. They were allowed to vote but their ballot was held until they returned to the clerk’s office with ID.