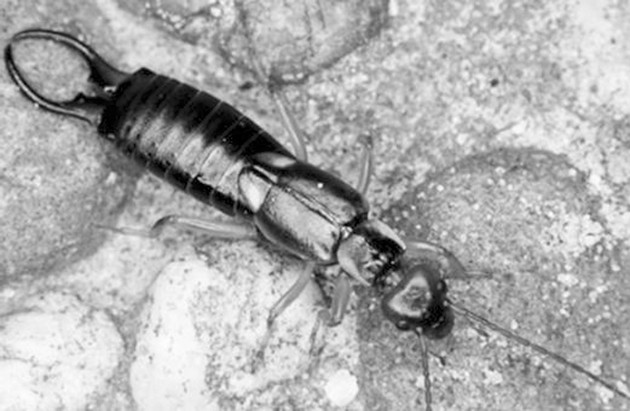 Earwigs are one of the few species of insects that provide maternal care for their offspring.

October 16, 2014
Earwigs are more fascinating than they are frightening

In Europe, an old told tale references earwigs as an insect that would crawl into the ears of sleeping humans and cause insanity by burrowing into their brain. This is where the name “earwigs” first originated, and though this creature has been used in many stories and grossly myths, the fact that earwigs crawl into people’s ears is, fortunately, false.

Their appearance is intimidating by the look of their pincers, it is often an overestimation that earwigs can inflict bites or stings. However, earwigs use their pincers only to pinch, which is what they use for hunting, self-defense and protecting their offspring. In fact, their pinches to humans cause minimal or even no pain at all.

Earwigs are also interesting for the fact that they are amongst one of the few species of insects that provide maternal care for their offspring. During the autumn and winter, generally inside wood or underneath rocks and soil, a male and female couple will live together up until they mate. Once they mate, the female will kick the male out and lay an average of 20 to 80 eggs over a two-day period. When caring for the eggs, she will tend them by keeping them warm and constantly cleaning them to avoid growth of fungi. For seven days, earwigs will not eat until their eggs have hatched. However, females have been known to resort to eating an egg if it dies or goes bad. Once nymphs hatch, female earwigs will provide them food by vomiting up their recent meals. Nymphs also eat their own molts, but if the mother dies, they devour her corpse.

After forgoing their second molt, which occurs during mid-June, the earwig nymphs will leave their mothers care and go provide for themselves. As a matter of fact, earwigs will go through four to six molts before they fully reach adulthood.

Other facts: With an estimate of 2,000 species of earwigs distributed worldwide, only 25 of those species are found in North America. Earwigs are nocturnal, and will hide in the crevices of just about anything during the day, and actively forage at night. Their scientific order name is “skin wings.” Earwigs are omnivores, and have been known to be a pest for devouring beets, blackberry, cauliflower, celery, dahlias, lettuce, potatoes, plums, grapes, strawberry, and many more plants and crops.

Taylor Lindsay is a writer and photographer of wildlife creatures big and small. She can be reached for questions or comments at CritterChatter@Live.com.