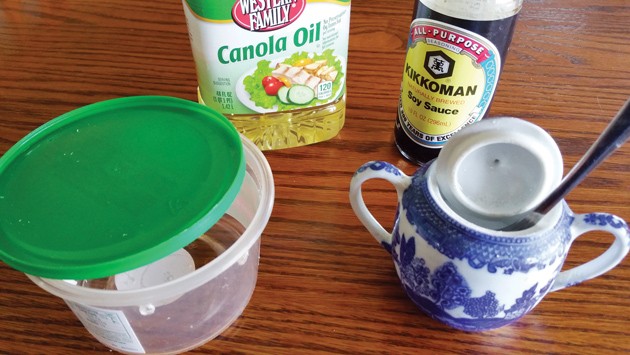 September 1, 2016
Earwigs — the stuff of nightmares

I’ve never heard anyone say, when encountering an earwig, “oh, what a cute little bug!” Quite the contrary. They are usually not a welcome guest and they do look threatening with the rear pinchers they are sporting and their ability to move around quickly and hide in small spaces and crevices. My personal favorite is when I’m processing grapes and they run up the side of the harvest bucket or onto your hand when you are rinsing the clusters.

Earwigs have a good amount of folklore surrounding them. It was common belief in the 1700s and into the 1800s that earwigs would crawl into the ears of sleeping humans. Some believed that these same earwigs would bore into the ear drum and eventually make their way into the brain. Of course, there would be excruciating pain associated with such an affliction.

There’s even some uncertainty about where the name of the insect came from. It may have come straight from the belief that earwigs were “ear creatures” or “ear wrigglers.” Others think the name came from a corruption of the term “ear wing,” referring to the ear shaped hindwings that earwigs have. There’s even a theory that the name comes from the waxy substance that they excrete that is similar to the earwax humans possess, although that seems a bit of a stretch to me.

If the professional “word detectives” out there can’t find conclusive clues to find the origin of this unusual name, I’m not going to fare any better!

Is there any truth to the idea that an earwig can become a brain borer? Not a bit. If an earwig did enter your ear, you would feel it, wouldn’t you think? Secondly, once in the ear, don’t you think the bug would want to come back out, especially if you put a bit of oil or warm water in your ear? You betcha! In fact, earwigs can’t really hurt humans, as grossed out as we may become at the sight of them. They can pinch you a bit, but can’t inflict a significant wound.

Earwigs feed on decaying and live material. They will eat aphids, mites, fleas and the eggs of other insects. Even so, they do eat live plants, portions of flowers, and get into ripening fruits and veggies. Because they can increase in numbers so quickly, a small horde is usually at the ready and can “do in” newly planted or emerging seedlings. So, any good that they do in the garden is quickly outweighed by their “yuck factor” and damage they inflict.

Like any well-entrenched insect, earwigs can be controlled, but can’t be eliminated. They are well adapted to a variety of conditions and are found in the Americas, Africa, Eurasia, Australia and New Zealand. Earwigs are part of the Dermaptera order, which contains about 2,000 species around the world.

Earwigs are able to overwinter by laying their eggs in the soil, assuring a next generation when favorable conditions return. They conceal themselves during the day and come out at night to feed and hunt. Any small space is a good hiding place, especially if it’s slightly moist and in a cooler spot. When Maggie was cleaning up some rock borders around our place over the last week, she encountered a plethora of them under the stones! Knowing her, I’m confident that many of them met their demise.

While reduction of hiding spots will reduce the earwig’s population, it’s tough to eliminate all the concealment places they can adapt to. Earwigs tend to shun dry and sunny spots — the opposite of many garden areas — except for you xeriscapers out there!

There are a variety of controls available to us, ranging from homemade traps and baits, as well as pesticides readily available from your favorite garden center. Any good pest-control approach takes into account the behaviors and preference of the bug that is being addressed. Since earwigs like dark, damp confined spaces, you can use controls that appeal to their inclinations!

There are two similar approaches that work quite well, using a roll of newspaper or a coil or wrap of corrugated cardboard. If using newspaper, take a small section from the paper (don’t you DARE use this page!) and roll it up into a tube shape. Be sure there are several layers that loosely wrapped. Secure the roll using something like a cable tie or bread wire “twisty.” Now, quickly moisten the roll to where it is damp, but not completely soaked. Place this at the base of the affected area in a shady spot. Visit the lure the following morning. Shake out the critters you’ve caught into a bucket of soapy water, or if you have chickens, give them a tasty treat!

The corrugated cardboard operates on a similar principle as the newspaper does. Cut strips of cardboard, about four to six inches wide, ACROSS the corrugations. This will expose the openings in the core of the cardboard. These “caves” are extremely attractive to earwigs. Be sure to slightly dampen the strip of cardboard. You can use this lure a couple of ways. You can roll it up, and secure it with a tie. Set it in a shady spot under bedding plants and shrubs, and pick it up the following morning. Again, drown (or use as chicken treats) what you’ve collected, and place it back for continued use until the cardboard degrades. Long cardboard strips can also be wrapped around the trunk or main branches of fruit trees late in the day. Make sure they are moist and have several layers, and remove in the daylight and shake out.

You can also make simple traps that are slightly dug into the soil in your flower or veggie bed. The shadier, the better. There seems to be a consensus that oil attracts these little creatures, and that if you can add sugar, along with something that is bit pungent, you will attract a lot of earwigs. A common recipe you’ll find online is an equal mix of cooking oil, soy sauce and corn syrup or sugar. The oil coats the body of earwig, the sweet attracts them, and the soy sauce emits enough of an odor to draw them in, with the saltiness acting as a natural pesticide.

To make use of this concoction, you can use lower profile discarded containers, such as sour cream or yogurt cups, tuna fish cans, or deli containers. Fill the container so that there is at least 1/2” of mixture covering the bottom. Bury the container so that only about 1/2” is sticking up above the surface of the soil. Loosely cover it with a lid so they can readily access it. My friend Walt takes this a step further. He uses containers that he has hole-punched several times around the top portion of the container and just low enough that he can place the lid on it without covering the entry points. He then buries this with a bait mixture with the holes just slightly about the soil. This type of trap can be kept in place for several days and then emptied, cleaned and baited again.

Sevin and several other chemical insecticides will also kill earwigs. You can also use insecticidal soaps, which will kill them on contact. So, that means you need to be out when they are — in the evening! The soap will only work by coating the critters, not by spraying it on soil or plant surfaces and having them walk across it. So, this is an excellent chance to acquire one of those funky headlamp flashlights (they aren’t much of a fashion statement, but boy are they handy!), and head out in the cool of the evening and go hunting. It won’t take you long to learn the habits and hiding places of your prey, and you will be able to greatly reduce their numbers.

If earwigs get inside your house, simply sweep or vacuum them up. They may come inside to find a hiding place, or hitchhike in your fruit gathering bucket, but typically don’t breed indoors. If you do see one, resist the temptation to wear ear plugs that night. You won’t need them, at least to keep earwigs at bay. A snoring spouse is another matter…